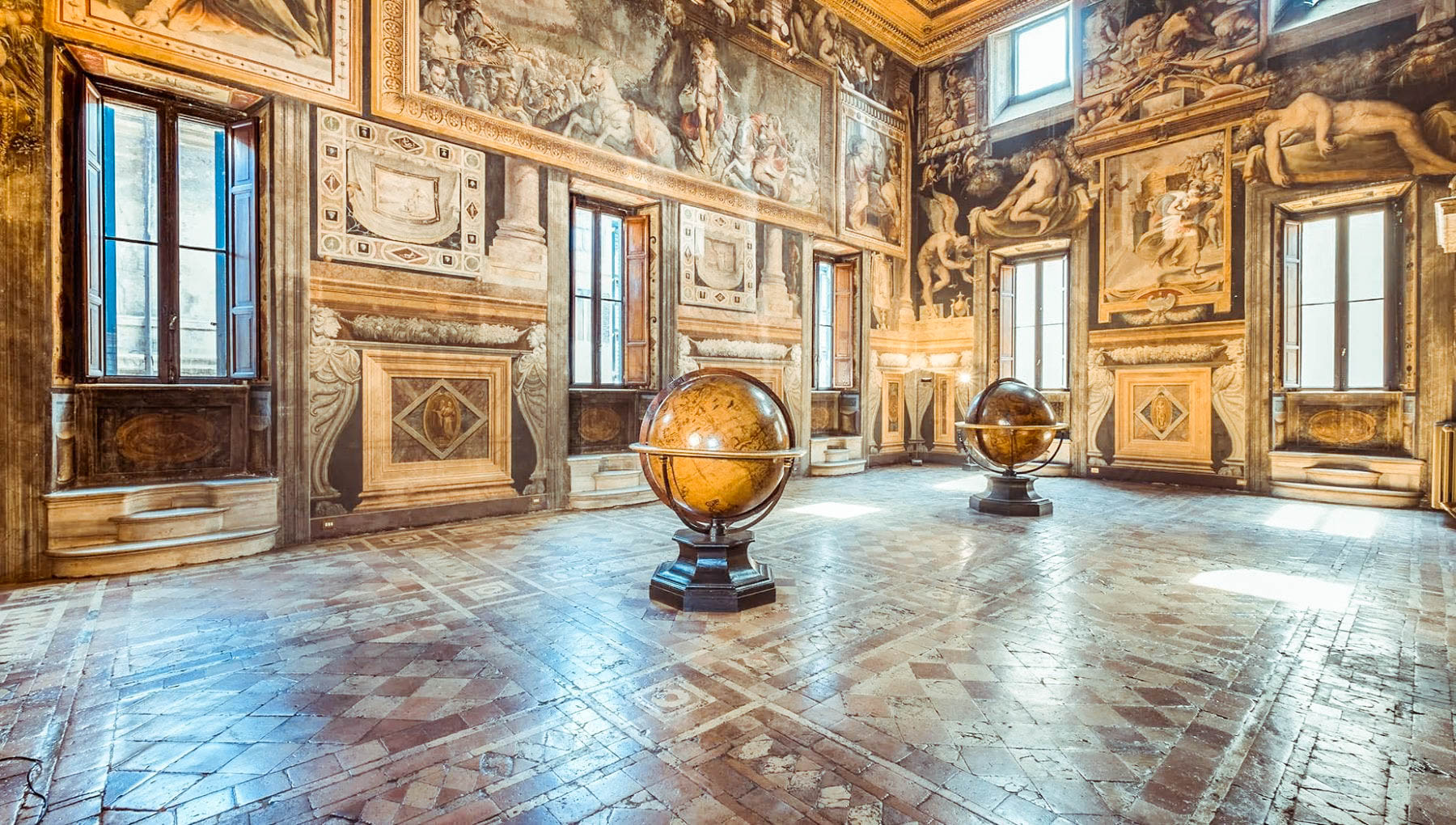 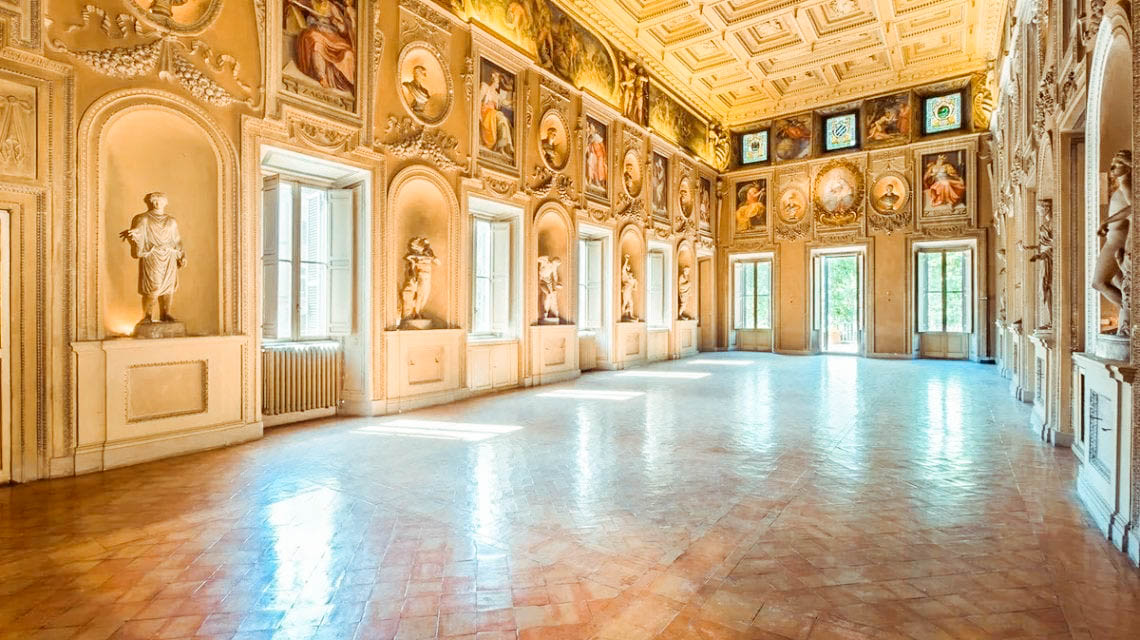 This imposing building at no. 66 of Via Giulia was built in the area called “Orto di San Biagio” in the 16th century, where Antonio da Sangallo had purchased land to build his home there. So, in 1542 a three-storey building of five windows was erected, with a beautiful portal between two windows. The artist lived there a few years because he died in 1546; His son Orazio took over, who in 1552 sold the palace to Cardinal Giovanni Ricci di Montepulciano. He had the building enlarged to its current size, with a prospect of seven windows; some internal rooms were also decorated by various artists, including Francesco Salviati. But five years later, when the work was completed, the property passed to Tommaso Marino di Terranova, who, however, sold it almost immediately, and exactly to the cardinal’s nephew, Giulio. It seemed a constantly unwanted or more likely demanding property, which forced buyers to resell it to make up for the expenses incurred in the expansion and decoration works.

Giulio Ricci sold the palace to the Ceoli, bankers of Pisa, who engaged in numerous works, including the famous gallery, the slope on Vicolo Orbitelli, the rear facades decorated with graffiti (now lost), the top floor and the fountain on Via Giulia. Yet they too sold it; in 1608 the cardinal Ottavio Acquaviva of Aragon bought it back and remained there for forty years. In 1648 he sold it to the Sacchetti, originating in Florence and moved to Rome for their hostility towards the Medici. These marquises would no longer pass it on to anyone, and the palace is still their property today.

The building is brick and opens onto Via Giulia with a beautiful marble portal surmounted by a balcony with an iron balustrade. In the entrance hall, a third century relief depicting an episode from the life of Emperor Septimius Severus. In the garden is a nymphaeum decorated with stucco. Inside are the hall of the globes frescoed by Salviati and the gallery with biblical paintings by Pietro da Cortona.