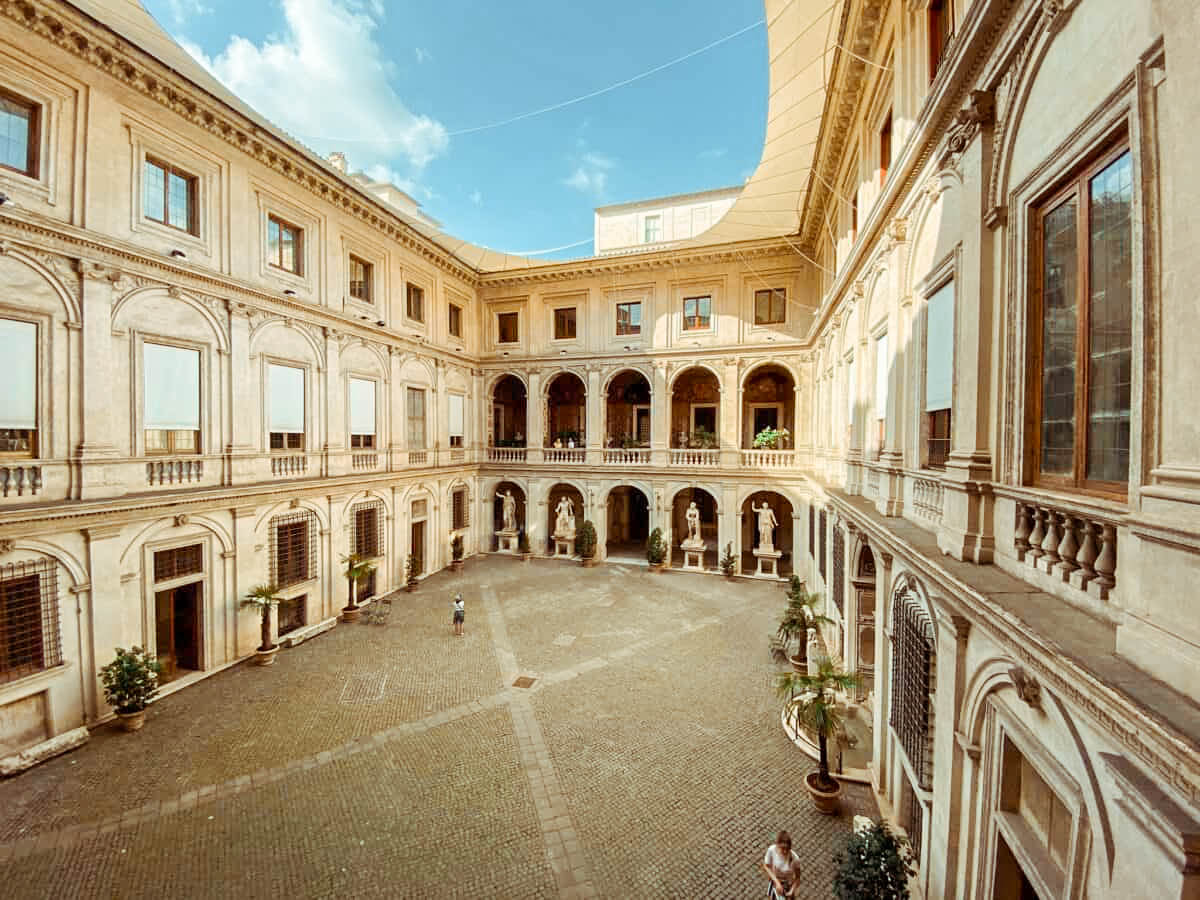 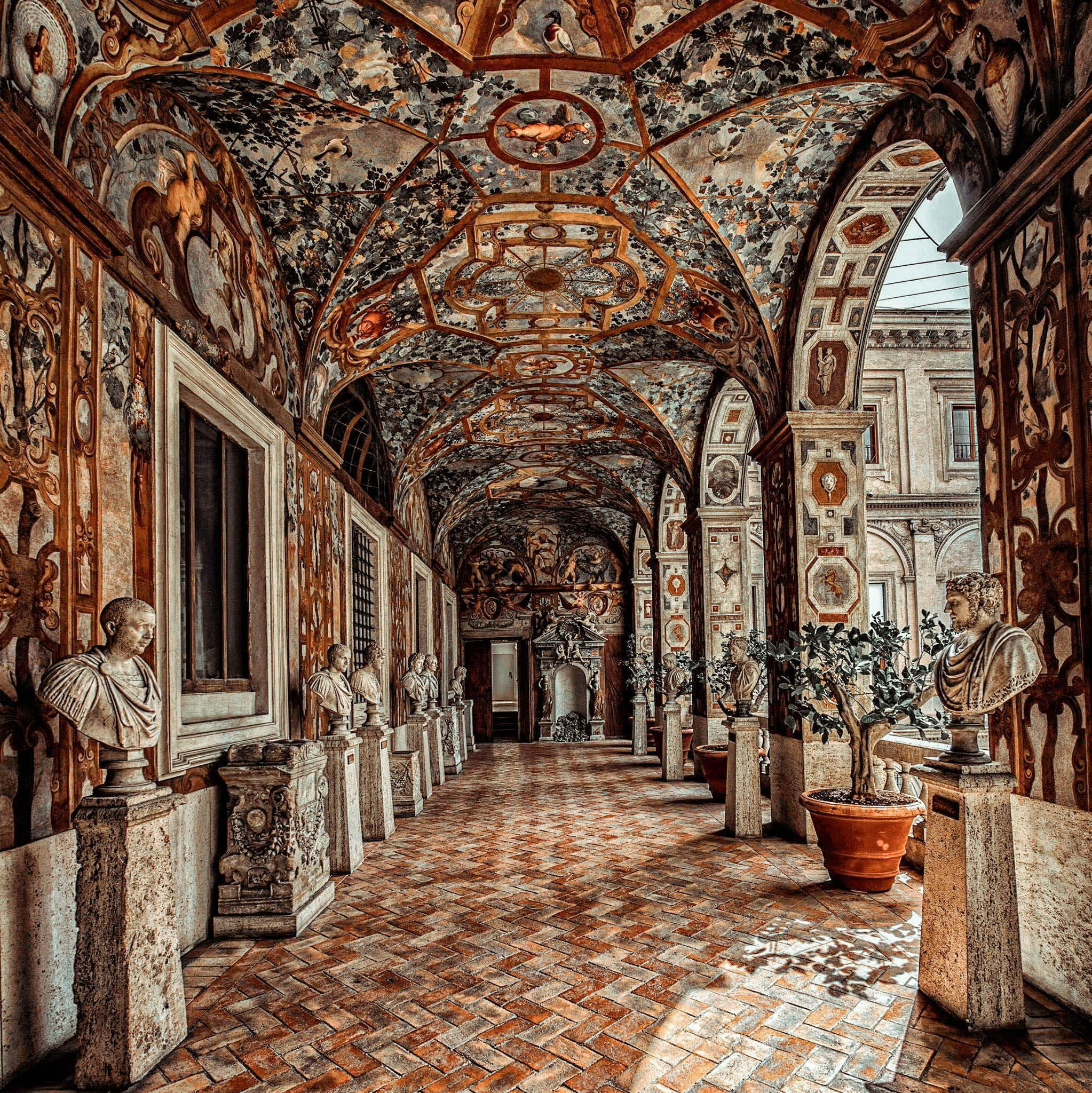 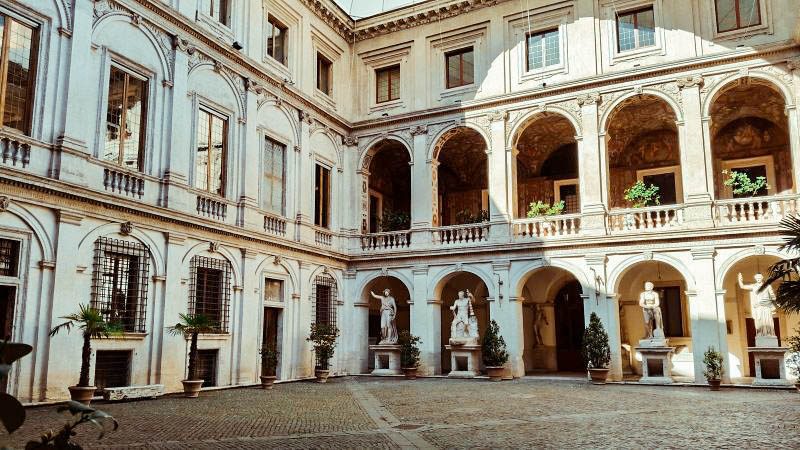 Duration: 2 hours
Availability: from Tuesday to Sunday from 9 am to 7 pm

The seat of the National Roman Museum at Palazzo Altemps houses important collections of antiquities consisting of Greek and Roman sculptures that in the 16th and 17th centuries belonged  to various families of the Roman nobility. The placement of the statues inside the rooms reproduces the antiquarian taste for the ostentatious display typical of that time.  A feature common to the sculptures is the recourse to additional restoration, desired by collectors not only for aesthetic sense but also to confer dignity to the figures represented.

The Altemps Collection – The important collection of antiquities of Cardinal Markus Sitticus abounded in some one hundred artworks, then passed to several different properties. In Palazzo Altemps there are still four large statues located in the northern portico and other sculptures decorating the staircase.

The Boncompagni Ludovisi Collection – In the rooms on the ground floor and the first floor are exhibited 104 sculptures that the Italian State purchased from the  Ludovisi-Boncompagni family in 1900. Among the most representative examples: the Ludovisi Acrolithand the Ludovisi Throne, the Gaul Killing Himself and His Wife, the Athena restored by Algardi, the Ares restored by Bernini and the Grande Ludovisi Sarcophagus.

The Mattei Collection – In the galleries on the sides of the courtyard and in a room of the first floor are exhibited some ancient sculptures that originally adorned the villa and gardens of Ciriaco Mattei on the Caelian Hill: the Dacian in antique yellow marble is particularly renowned.

The Drago Collection – In the southern loggia are exhibited four reliefs of the collection once belonging to the Del Drago family; they were known and drawn since the 15th century, studied and admired by Winckelmann as well.

The Egyptian Collection – The sculptures on display in the so-called Apartments of D’Annunzio were found in Rome in the area of the Campus Martius where once the great Sanctuary dedicated to Isis stood; they partly come from Egypt and partly are the result of a Roman production after the Egyptian fashion that developed abreast with the spread of the Egyptian cults in the West. In the room of the Mother Goddesses is exhibited the head of theEphesian Artemis unearthed in 2009 during the urban excavation campaign in Via Marmorata.