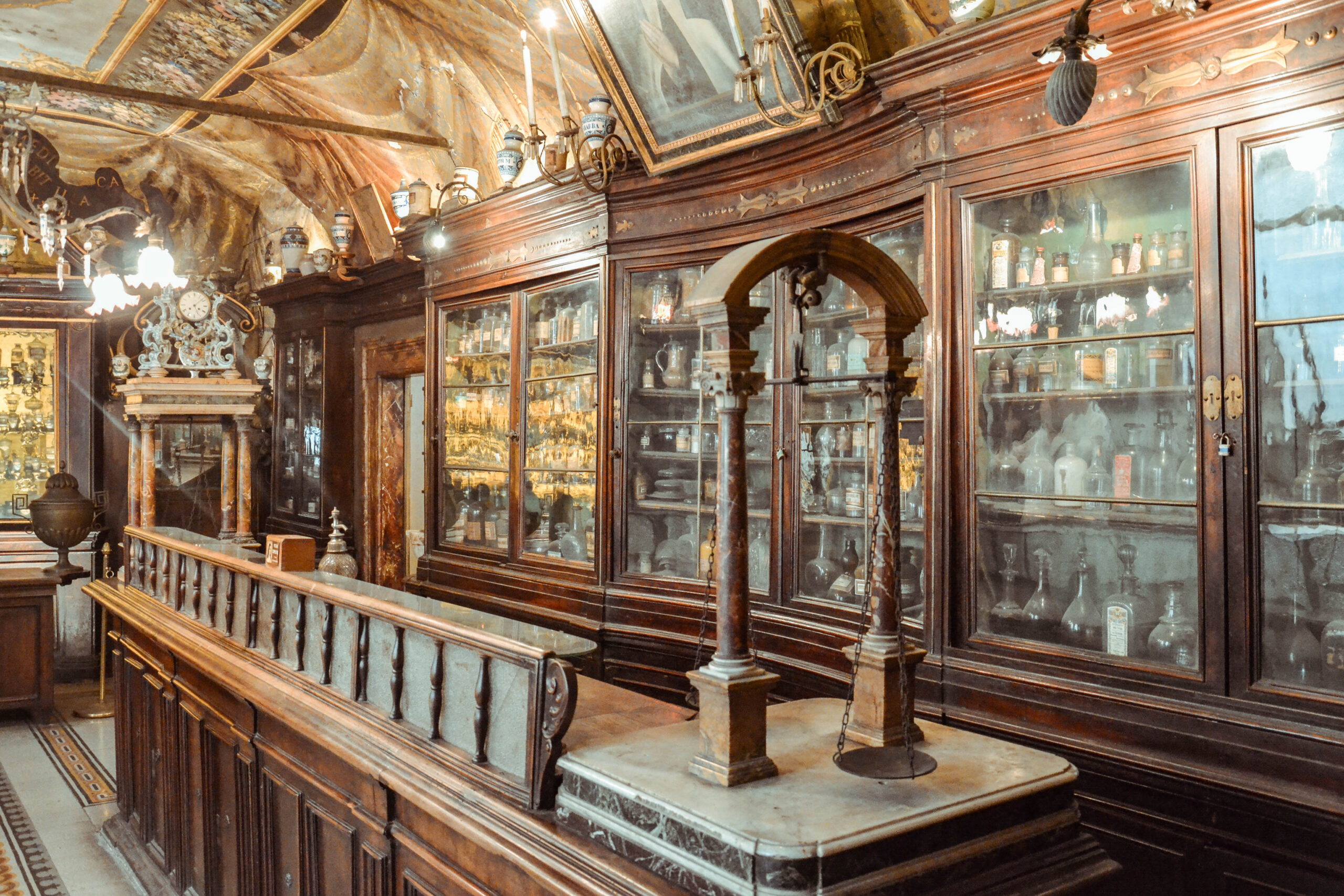 At the end of 1600 the pharmacy was also open to the public and became so famous that important personalities such as princes, doctors and even popes referred to it, so much so as to be called the “Pharmacy of the Popes”. Today the old apothecary is a historic place that we can visit thanks to a special opening, while on the ground floor there is a modern pharmacy.

Entering from the street level, from the entrance of the modern pharmacy, we will go up to the upper floor and through an anteroom we will be able to access the ancient medicine sales room: crossing the entrance of the spezieria we will enter an ancient and distant world, made of walls entirely covered with windows that hold ancient medicines, decorated ceilings, ancient wooden furniture and original tools for weighing medicines. Among the many “medicaments”, in a corner of the room, enclosed in a large marble container, there is still the teriaca, an ancient medicine and panacea of all ills, used since Roman times: if we are lucky and there will be someone that the thinking lid will lift us … we can also smell it.

Leaving the sales room, we will pass through other rooms used by the ancient apothecaries, such as the herbarium and the laboratories that still house the original machines for the manufacture of the pills.
The old apothecary continued to operate until 1978, distributing medicines at moderate prices and today, after the visit, it is still possible to buy some products, made with ancient recipes.