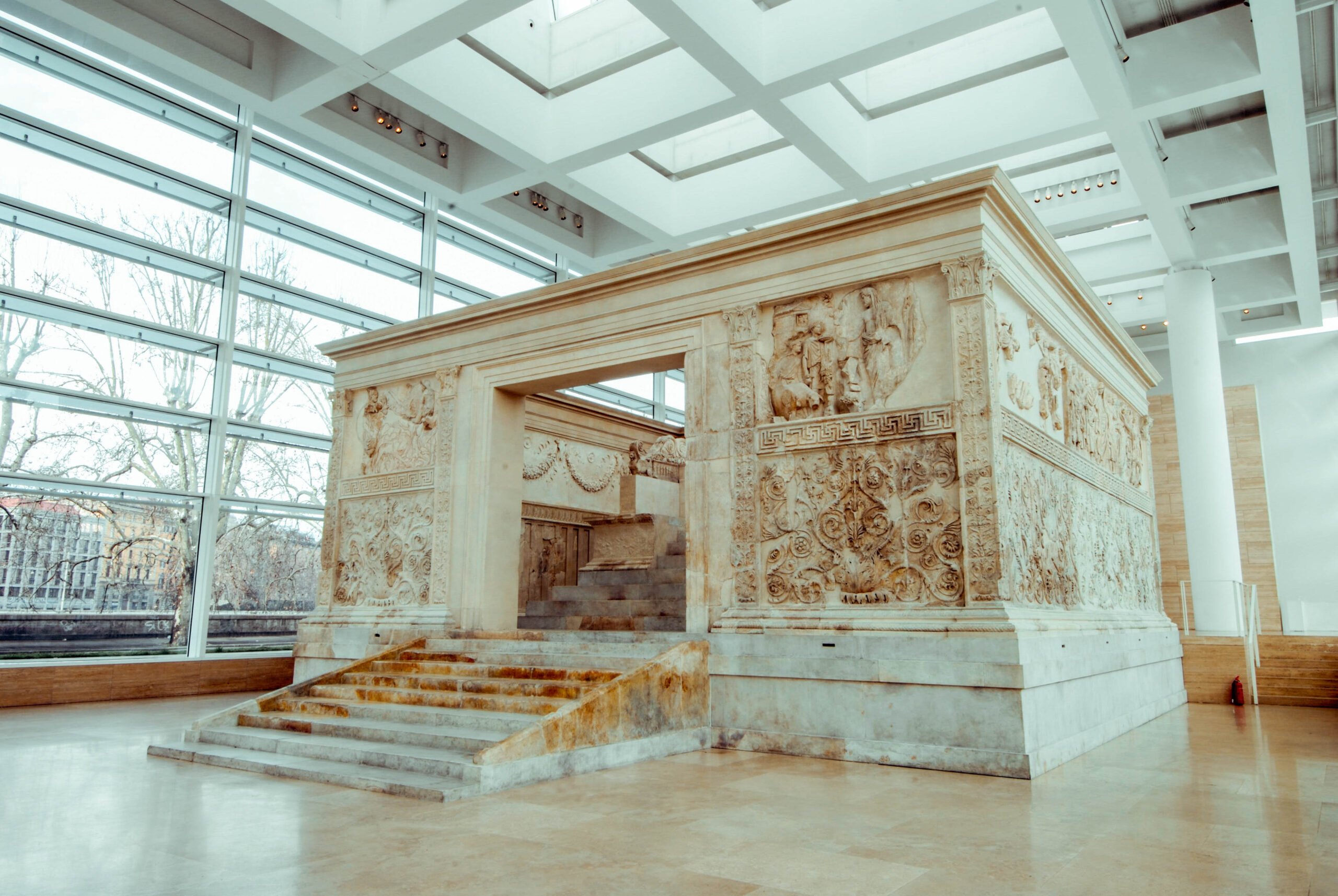 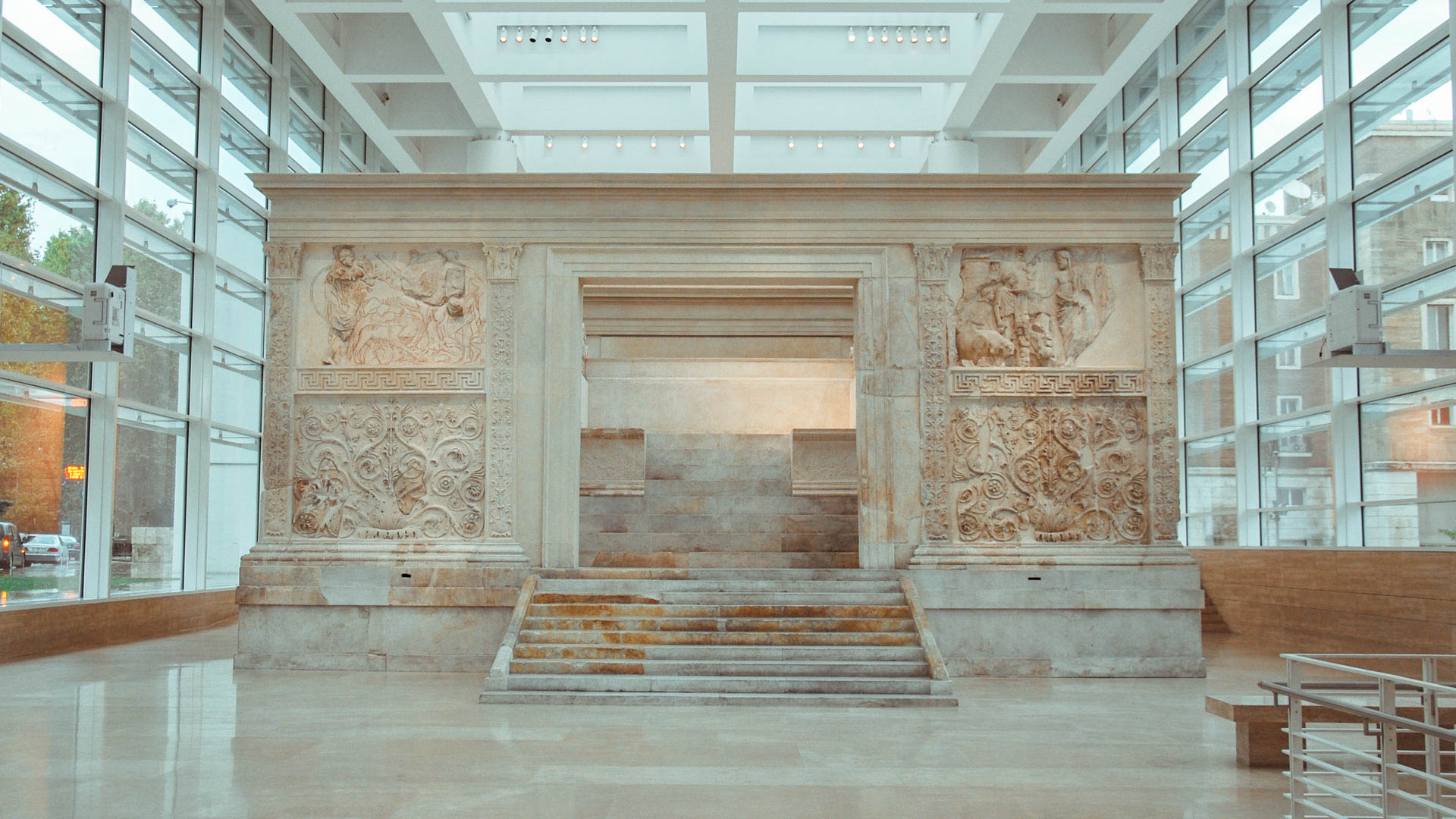 Duration: one hour and a half

The Ara Pacis has been restored to the public after a long period of inaccessibility, while vital works were carried out to create conditions suitable for conserving the monument over a long period.

The museum space was designed by the architectural studio of the American architect Richard Meier. It modulates around the contrast of light and shade: the first two parts of the building, particularly, are governed by this concept: visitors pass through the access gallery, an area in shadow, to reach the central pavilion which holds the Ara Pacis in full natural light filtered through 500 square metres of crystal panels. This expanse creates an uninterrupted continuity with the outside world, and also helps to create the silence necessary to enjoy the monument in full. In the tranquillity of the acoustic isolation, it is possible to appreciate the calm rhythms of the decorative motifs; to attend to the procession passing along the sides of the enclosure of the Altar, made up of the massed priests of the Augustan age and of members of the imperial family, guided by Augustus himself; to revisit the founding myths of Rome and the Augustan glory that brought the empire the enjoyment of such contented times that the period came to be called the Age of Gold.

When I returned to Rome from Gaul and from Spain, in the consulship of Tiberius Nero and Publius Quintilio, having brought to a satisfactory finish my works in these provinces, the Senate decreed that there should be consecrated in the Field of Mars an altar to the Augustan Peace and ordered that the officials, priests and vestal virgins should celebrate a sacrifice at it every year.”

It is with these words that Augustus, in his spiritual testimony, the Res Gestae, tells us of the Senate’s decision to construct an altar to Peace, following the conclusion of his labours North of the Alps from 16 to 13 B.C., subjecting the Reti and the Vindelici, establishing definitive control over the Alpine passes, and visiting Spain, finally at peace, founding new colonies and imposing new tributes.