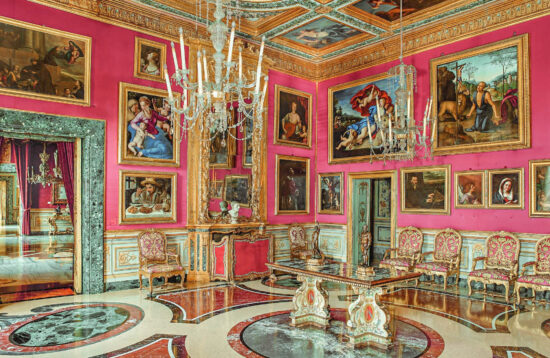 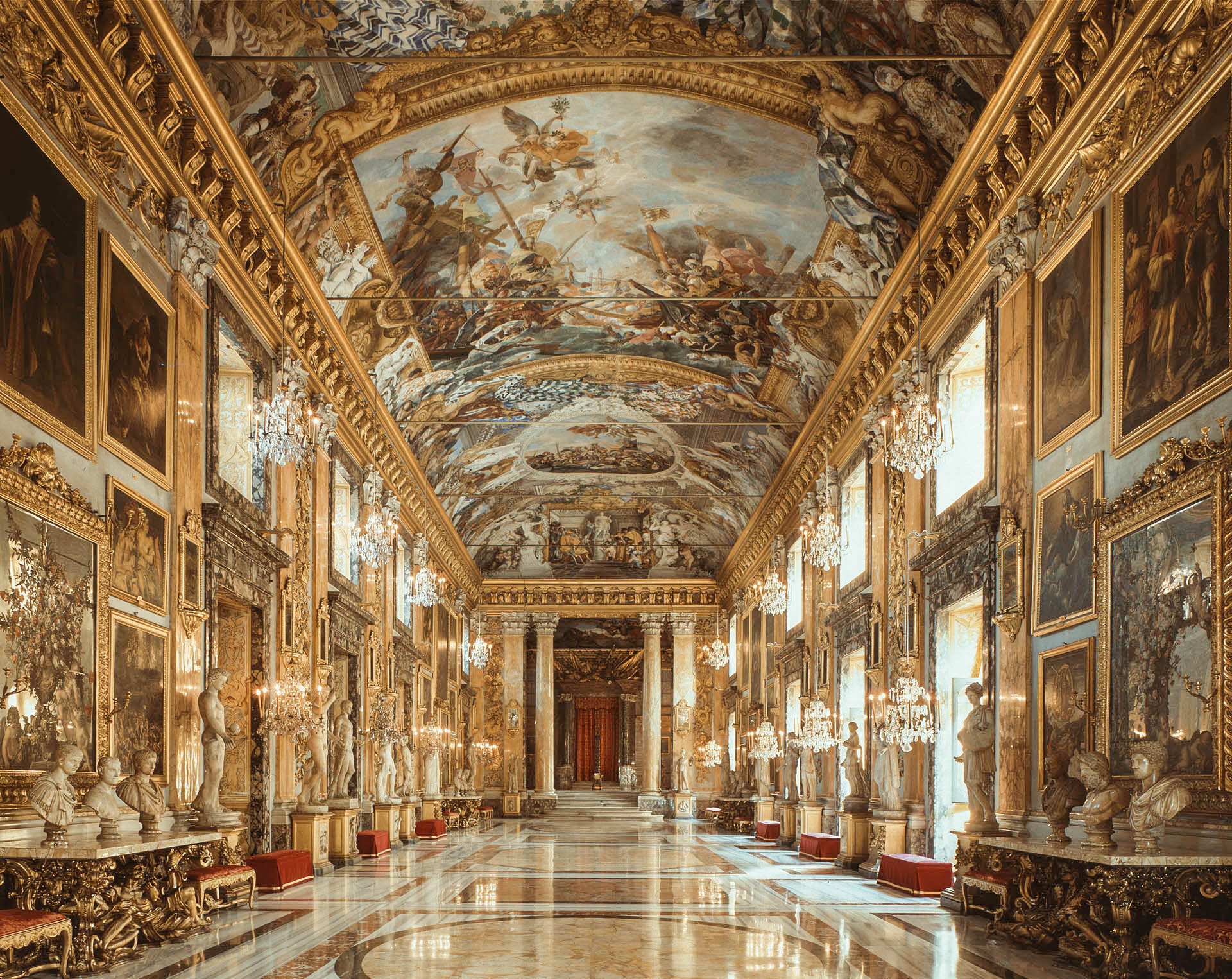 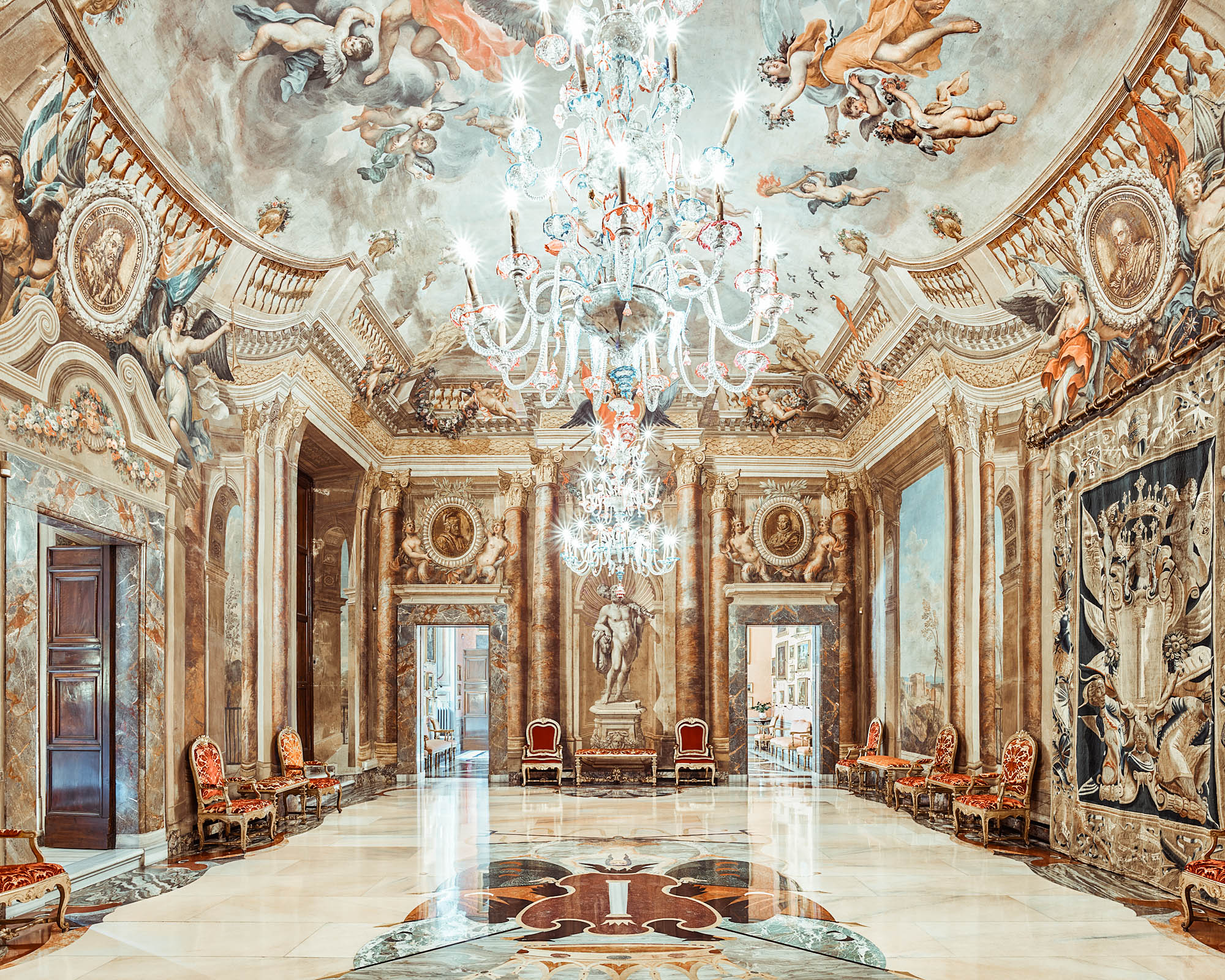 A true jewel of the Roman Baroque, the Galleria Colonna was commissioned in the mid 1600s by Cardinal Girolamo I Colonna and his nephew Lorenzo Onofrio Colonna. It was inaugurated by Lorenzo Onofrio’s son, Philip II, in 1700.

The original project is by the architect Antonio del Grande; it was then integrated by Gian Lorenzo Bernini, Paolo Schor and Carlo Fontana in the last decade of the 1600s.

From the very beginning, the Gallery was conceived as a large boardroom, which was to celebrate the victory of the Christian fleet over the Turks the Battle of Lepanto in 1571.

The commander of the Papal fleet, Marcantonio II Colonna, is depicted numerous times throughout the vault of the Great Hall of the Gallery and in the Room of the Battle Column.

The fresco on the vault above the Room of the Battle Column is by Giuseppe Chiari and depicts the presentation of Marcantonio to the Virgin Mary in heaven.

The room takes its name from the column of red marble on a pedestal in the center of the room, which recalls the family coat of arms. The carvings represent ancient roman military scenes.

Among the many works of art in the Room of the Battle Column, we’d like to point out the beautiful painting by Bronzino depicting Venus, Cupid and a Satyr.

Of particular interest are the three large paintings by Michele di Ridolfo del Ghirlandaio representing Night, above the Bronzino, and, on the opposite wall, Aurora, whit Venus and Cupid.

On the short flight of stairs, going down to the Great Hall, you will find a cannon ball, which arrived in 1849, during the period of the Roman Republic. It was shot by the French army from the Janiculum Hill, under the orders of General Oudinot, who arrived at Porta San Pancrazio to help Pope Pius IX from the Republican insurgents, including Mazzini, Armellini and Saffi, who occupied the center of Rome for a few months.