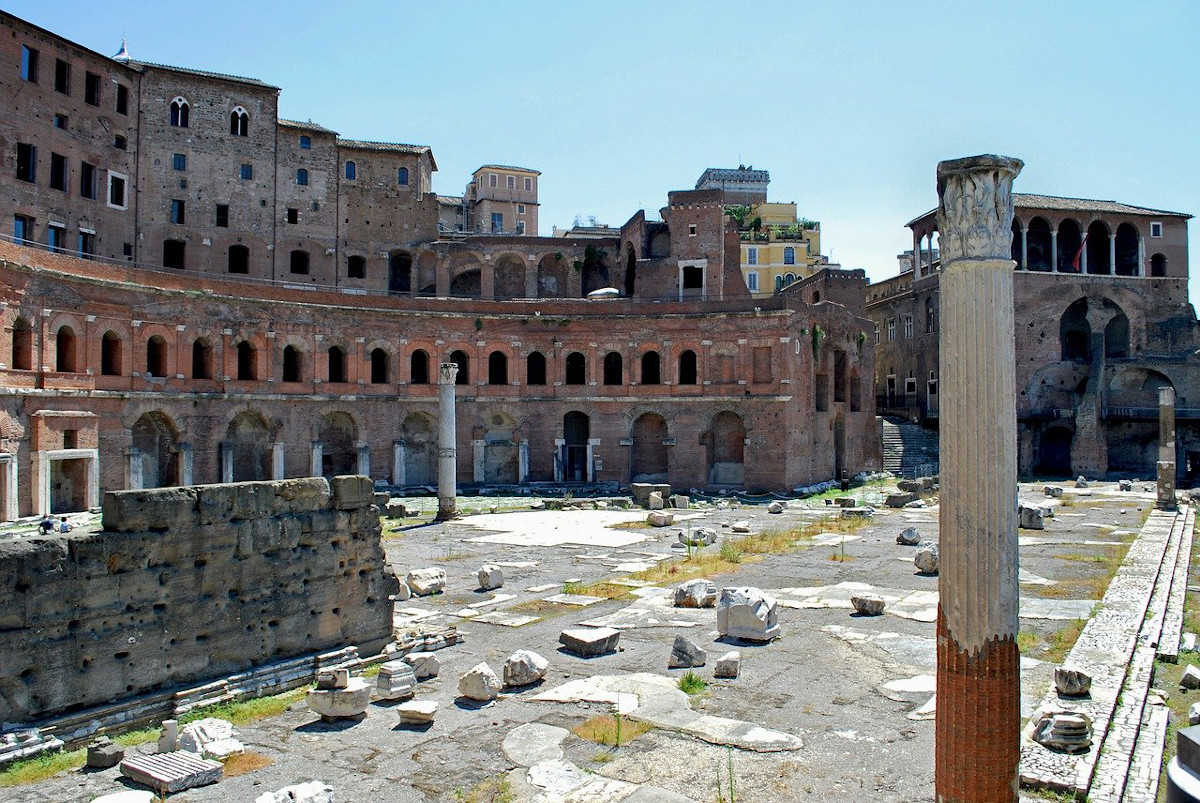 Trajan’s Market (Mercatus Traiani) is a large complex of ruins in the city of Rome, located on the Via dei Fori Imperiali, at the opposite end to the Colosseum. The buildings and structures present a living model of life in the Roman capital and a glimpse at the continuing restoration in the city which reveals new treasures and insights about Ancient Roman architecture.

Built in AD 100-110 by Apollodorus of Damascus, an architect who always followed Trajan on his adventures. During the Middle Ages the complex was transformed by adding floor levels still visible today and building defensive elements such as the Torre delle Milizie, built in 1200. A convent was later built in this area, but demolished at the beginning of twentieth century to restore Trajan’s Markets to the city of Rome.

The entrance is in Via IV Novembre; immediately the visitor enters a shopping area, disposed on two different sides, where free wheat was once distributed to the people of Rome. At the end of this hall a large balcony offers a beautiful view on the markets, Trajan’s Forum and Vittoriano. This is actually a part of the Via Biberatica (from biber meaning drink, the location for most of the taverns and grocers’ shops), the road that starts from the entrance and divides Trajan’s Market.

The upper levels of the market were used for offices while the lower part, in front of Trajan’s Forum, had shops selling oil, wines, seafood, groceries, vegetables and fruit. Medieval houses built on the top floor face the semicircular segment of the Via Biberatica. The lower part of the market today shows two levels: a ground floor level for shops, with an entry made in travertine, surmounted by an arch. The second level was formed by adjoining shops selling wines and oil. A third level, today visible only as some walls, was discovered at the Via Biberatica and was probably used for grocers’ shops. On the lower part there are also two large halls, probably used for auditions or concerts. A shop housed in the Market is known as a taberna.

The market is roofed by a concrete vault raised on piers, both covering and allowing air and light into the central space. The market itself is constructed primarily out of brick and concrete