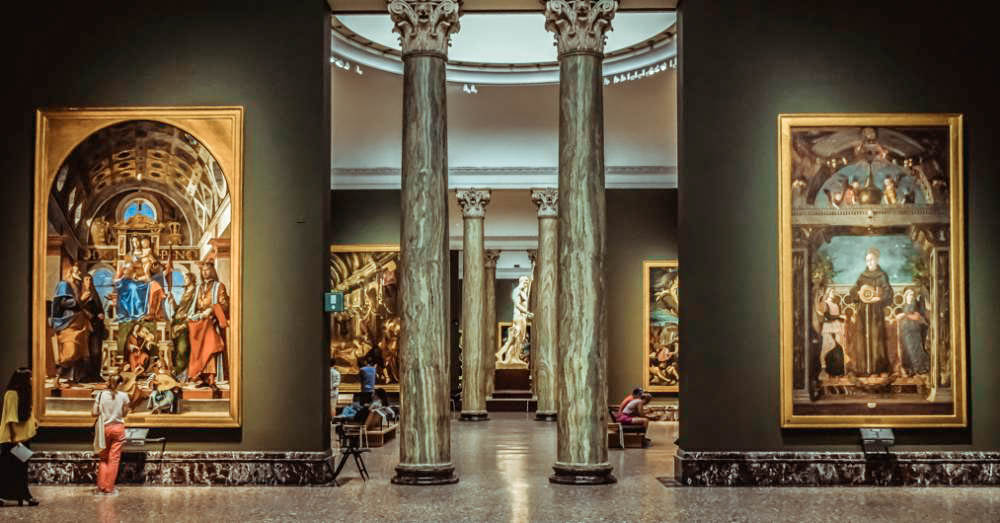 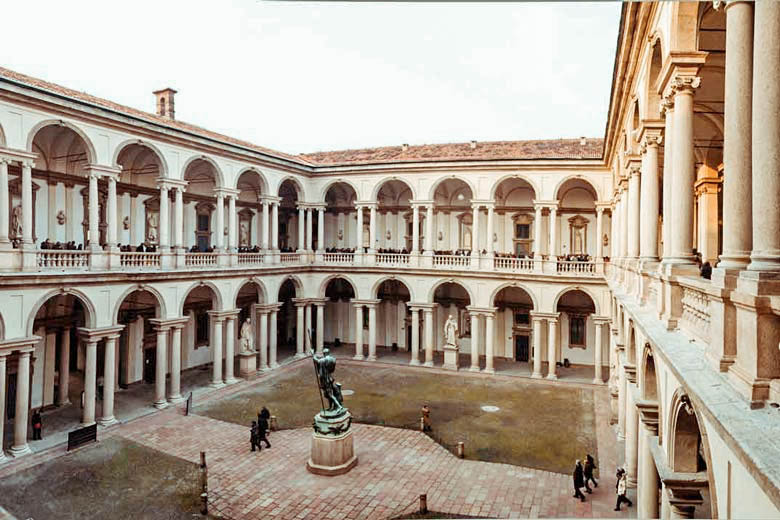 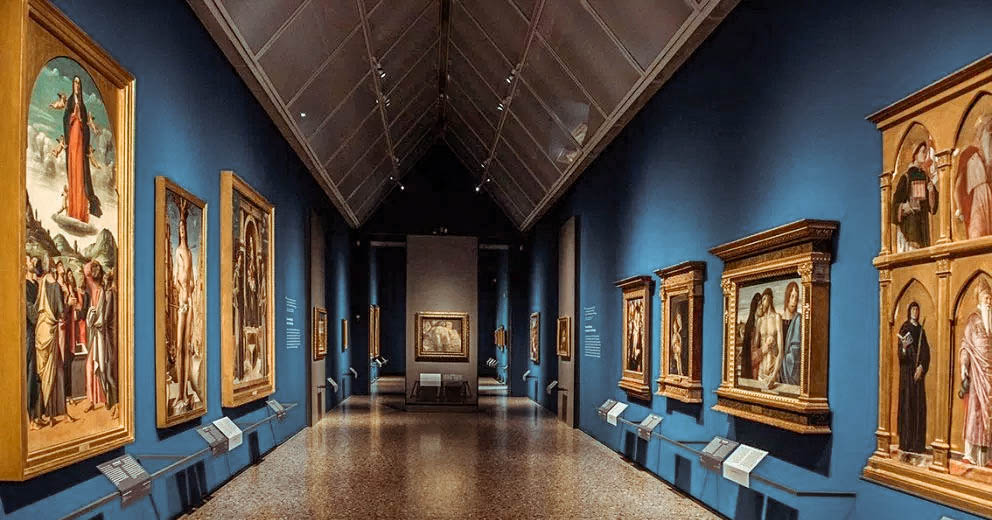 The collections of the Pinacoteca di Brera are born from the concentration of the requisite paintings following the suppression of churches and convents carried out in the Teresian period first and then Napoleonic. Like the Galleries of Venice and Bologna, the Pinacoteca di Brera also had specific didactic purposes and joined the Academy of Fine Arts, established by Maria Teresa of Austria in 1776.
Especially thanks to the initiative of Giuseppe Bossi, secretary of the Academy since 1801, the collections of the Pinacoteca were enriched enough to allow the display of a series of portraits and self-portraits of painters and works such as the Marriage of the Virgin of Raphael, the Madonna with the Child by Giovanni Bellini, the Crucifixion by Bramantino.
When Milan became the capital of the Kingdom of Italy (1805), the most important paintings requisitioned by the churches of the regions conquered by the Napoleonic armies came together in the Pinacoteca: thus works from Veneto, Emilia Romagna and Marche arrived in Brera.
To remedy the conspicuous absence of Leonardo and Raphaelesque works, twenty-three paintings and drawings were taken by forced exchange from the archiepiscopal gallery in Milan and, thanks to an agreement with the Louvre museum, five paintings by Rubens, Joardens, Van Dyck arrived in Brera and Rembrandt to represent the 17th century Flemish school. In the same years, detached frescoes by authors such as Bernardino Luini, Gaudenzio Ferrari, Vincenzo Foppa, Bergognone and Bramantino came from Milanese and Lombard churches, thus giving rise to one of the largest collections of this kind.

After the Restoration (1815), the growth of the Pinacoteca collections continued at a reduced but constant rate thanks above all to bequests, gifts, exchanges and purchases (among these, the dead Christ of Mantegna, purchased from the heirs of Giuseppe Bossi in 1824 and the Madonna del Roseto by Luini, who arrived in Brera in 1826). In 1882 the Pinacoteca, like the Galleries of Venice and Bologna, was made independent and separate from the Academy of Fine Arts, to which most of the nineteenth-century paintings were entrusted.

Legacies and purchases continued until the Second World War, bringing important works by Correggio, Pietro Longhi, Piazzetta, Tiepolo, Canaletto and Fattori to the Pinacoteca, as well as the Dinner in Emmaus by Caravaggio and the Pergola by Silvestro Lega, purchased thanks to the Amici di Brera and the Milanese Museums. Due to the heavy bombing that hit Milan in 1943, the Brera palace was very damaged – the Napoleonic halls were completely destroyed – but it was quickly rebuilt and the Pinacoteca, with a new layout by Pietro Portaluppi, reopened in 1950. In the seventies the collections were enriched by the extraordinary donation of Emilio and Maria Jesi, which includes works by the major artists of the early twentieth century, including Boccioni, Braque, Carrà, De Pisis, Marino Marini, Modigliani and Morandi while a part of the Lamberto and America Vitali was entrusted to the museum in 2001. They constitute the most significant episodes of the slow but constant increase in works in the museum.