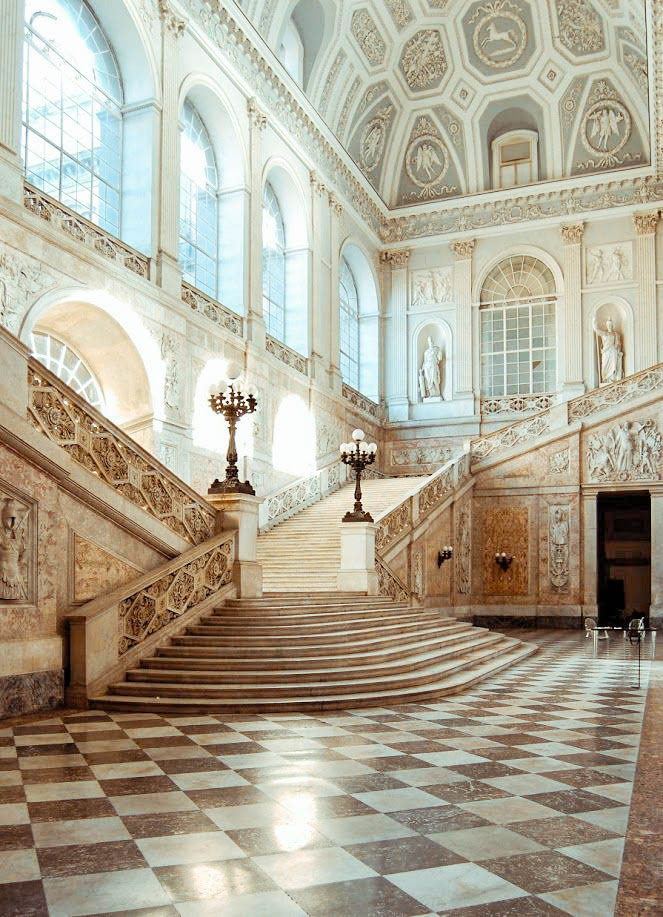 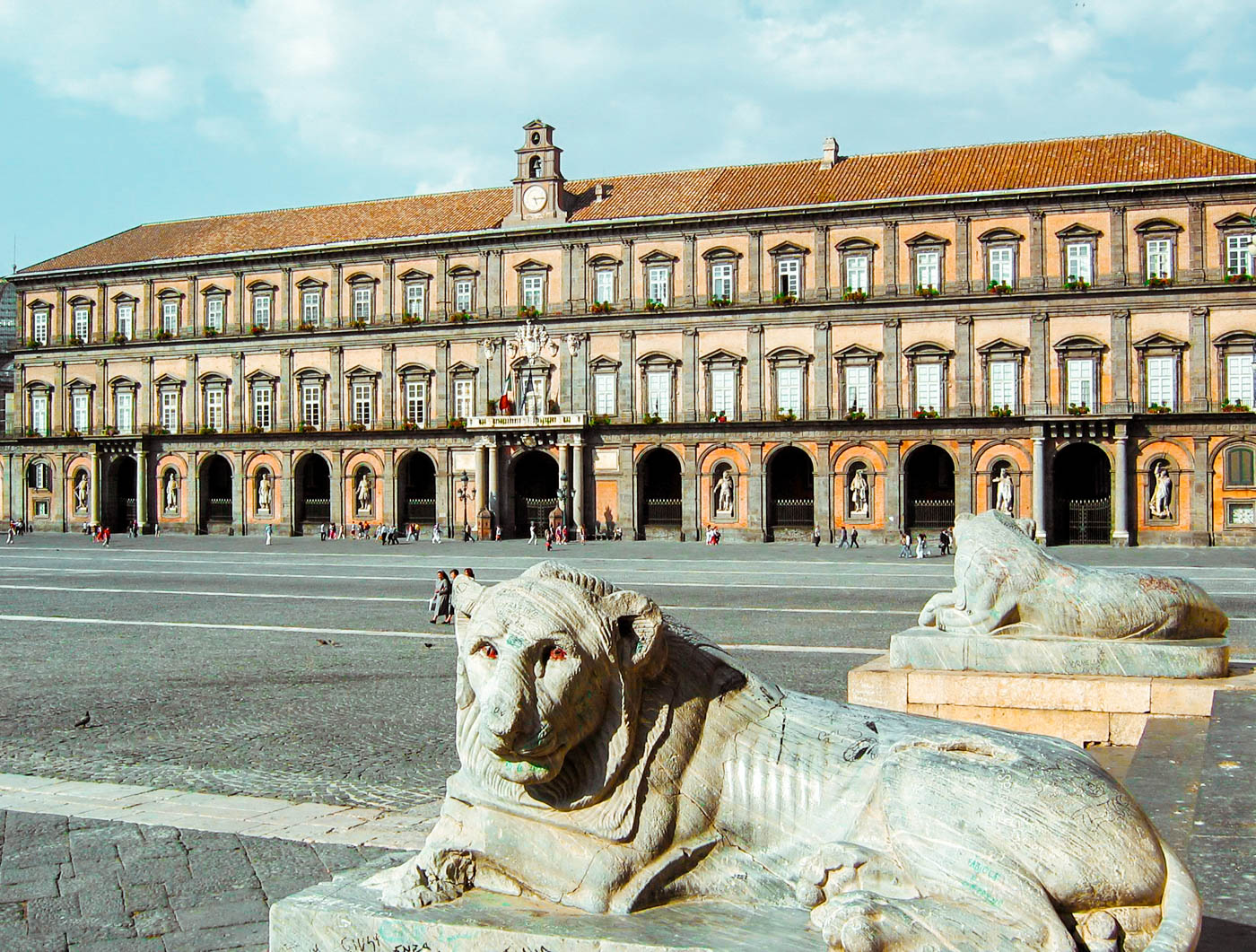 The Royal Palace of Naples was founded as the Palace of the King of Spain Philip III of Habsburg in the year 1600, on the initiative of Viceroy Fernando Ruiz de Castro count of Lemos and Viceroy Caterina Zunica and Sandoval.
Its urban location next to the Palazzo Vicereale Vecchio, later demolished, and in the gardens of Castel Nuovo continues the traditional position of the royal residence in Naples on the southern edge of the ancient city, with the facade facing west, however, where the large open space of the Largo di Palazzo.
The architect Domenico Fontana designed a late Renaissance civil residence with classical columns and ornaments on the facade, a square central courtyard with a portico on the ground floor and an internal loggia on the first floor on all four sides.

The Royal Apartment includes the Chapel and the Viceroys’ Hall on the east side, the Regia and Audience Halls on the side of the square, and the private apartments facing the sea side.
It was decorated by Battistello Caracciolo and Belisario Corenzio with Stories from the Casa di Spagna entitled with inscriptions in Spanish.
The subsequent Viceroys completed and expanded the building with the belvedere of the Hanging Garden and the grand staircase.
When Naples in 1734 became the capital of an autonomous kingdom with Charles of Bourbon, the Palace was enlarged on the sea side, with the Major Butler’s Apartment, then towards Vesuvius with the Apartment for the Royal Princes.
Two other courtyards were therefore formed, in addition to the one of honor. The interiors were set up in the late Baroque style with precious marble and celebratory frescoes, including the works of Francesco De Mura and Domenico Antonio Vaccaro.
The last transformations took place at the time of Ferdinando Il Borbone, between 1838 and 1858: after a fire that developed in the rooms of the Queen Mother, the architect Gaetano Genovese oversaw a general restoration in the neoclassical style.

Seat of the Princes of Piedmont after the unification of Italy, it was ceded to the state property by Vittorio Emanuele III of Savoy in 1919, and destined largely to the National Library, while the oldest wing on the courtyard of honor, rich of historical and artistic testimonies from the seventeenth to the nineteenth century, it is preserved as a museum.