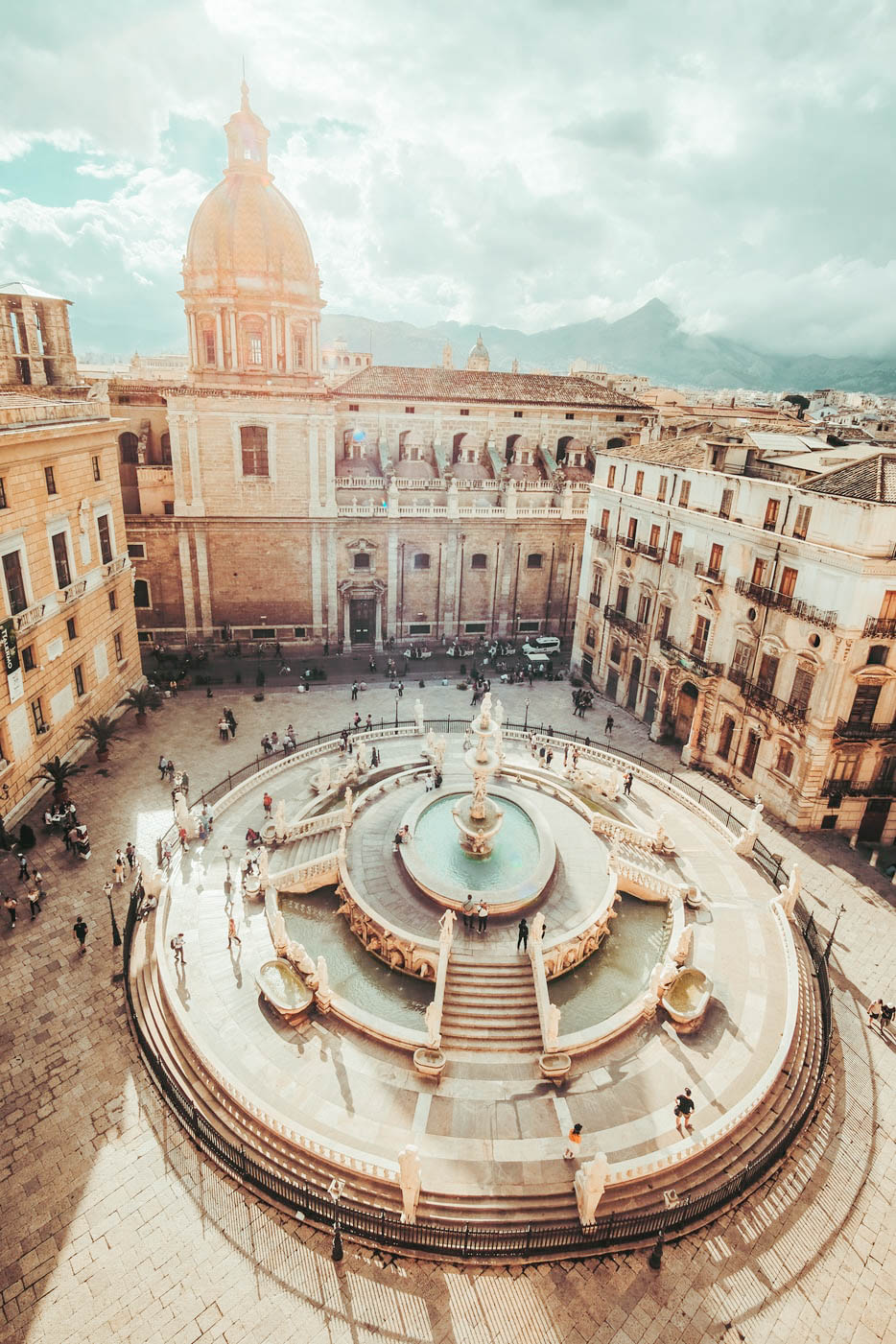 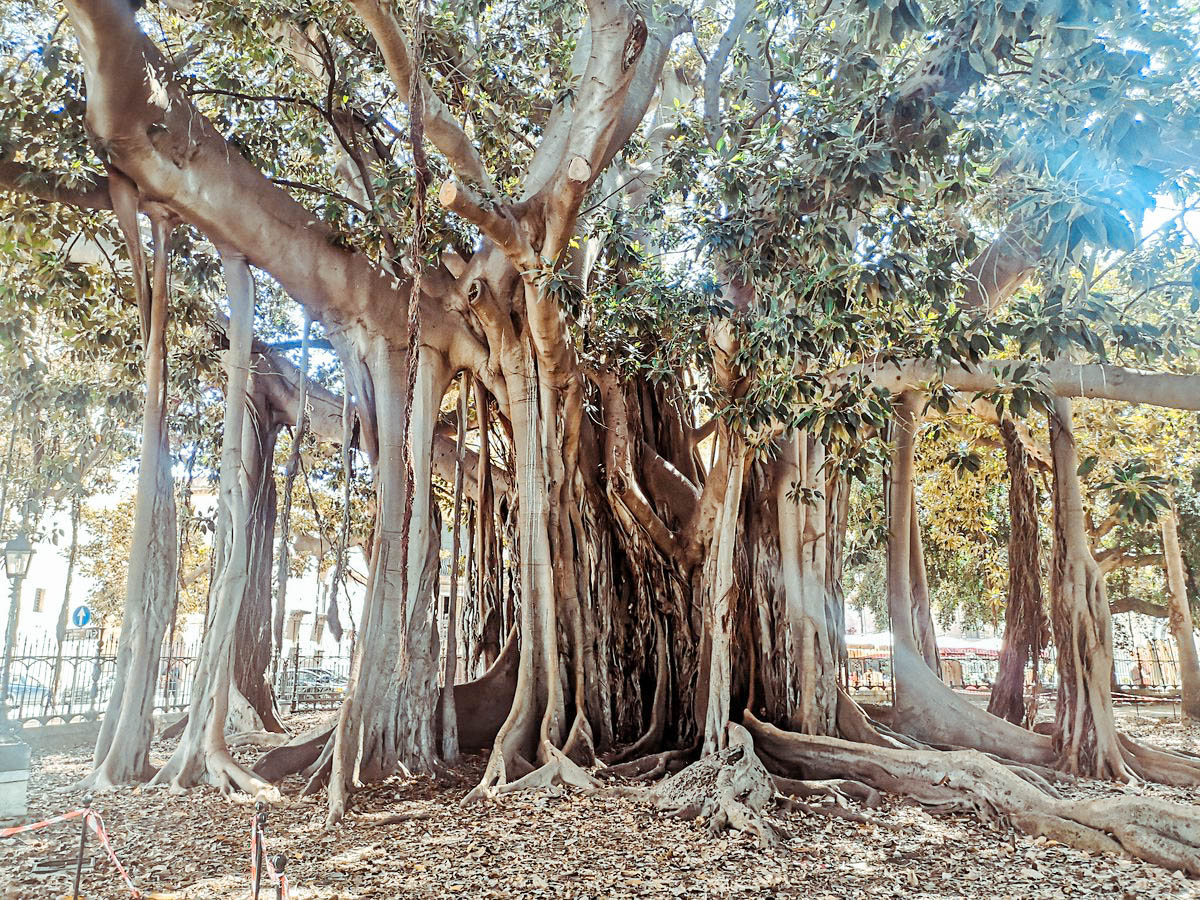 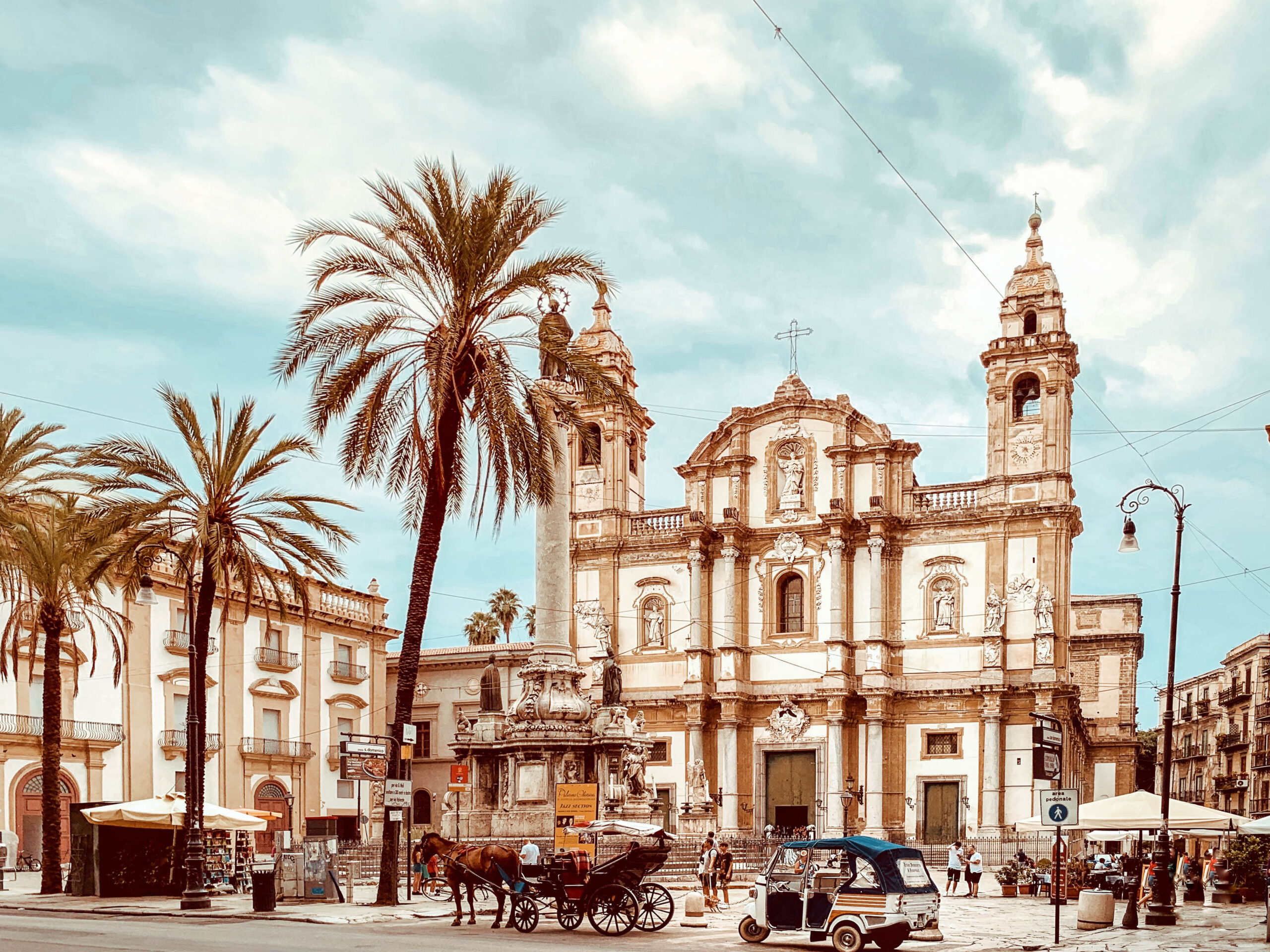 Palermo was a Phoenician, Greek and Roman city, an Arab capital, a land of conquest for Normans, Swabians, French and Spanish. Centuries of history and domination have marked the Sicilian capital, a city with a thousand faces, a crossroads of peoples, an amalgam of different cultures and traditions, beautiful and immense. Palermo proudly displays the testimonies of its glorious past that relives in the grandeur of its artistic and architectural heritage. In the “city of delights” Arab domes, churches with a Baroque style, Art Nouveau buildings, neoclassical theaters, eighteenth-century green spaces and teeming historical markets, similar to Arab souks, coexist harmoniously.
Its history is millenary: it was born as a Phoenician sea port (Panormos, hence its current name), but it is first with the Arabs and then with the Normans, who made it the capital of their kingdom, that the city sees its maximum splendor. Palermo lived its second golden period in the Baroque period, between the seventeenth and eighteenth centuries, and the traces of all these passages are clearly visible in the mixture of architectural styles: baroque palaces, Roman villas, Arabian inlays overlap one on the other, in such a way as to make a part of the city a UNESCO World Heritage Site.
The oldest districts are in the historic center, and an excellent starting point to explore it can be the Royal Palace, known today as the Norman Palace, a large medieval building now the seat of the Sicilian Parliament; inside there is one of the most precious churches in the city, the Palatine Chapel, one of the most visited monuments on the island: it dates back to the 12th century and is a striking example of Sicilian cultural fusion, with its Roman architecture, mosaics Byzantine, Arab ceilings.

Then just take Via Vittorio Emanuele, one of the main streets in the center, to find yourself admiring another city symbol, the Cathedral, whose works have spanned seven centuries of history. Among the various treasures preserved inside, the imperial crown in gold and precious stones of Queen Constance and numerous ancient jewels stand out.
Not far from here is the second main street of Palermo, via Maqueda, which, meeting the main street, divides the city into four segments: at the center of the intersection Piazza Pretoria with its imposing fountain called “of shame”, due to the nakedness of the statues. Circular in shape, and all in white marble, it is composed of several basins with bridges and balustrades, and is decorated with gods and mythological characters.
Crossing via Ruggero Settimo and via Libertà, the most elegant area full of prestigious residences and renowned boutiques, you reach the famous Piazza Vigliena, better known as Quattro Canti: octagonal in shape, it is a real hymn to the Baroque, and takes its nickname from the decorations that enrich it, inspired by the four seasons, the four patron saints of the capital, the four Spanish kings of Palermo and four city districts.
The heart of the city also holds a particularly precious architectural treasure: Baroque palaces and Gothic and Arabic style residences that bear witness to the phases of history. Most are concentrated in the segment that goes from the botanical garden to the port of Cala, along the streets that wind around Piazza Marina, the main one of the historic center right on the border with the historic district of Kalsa and ancient seat of sumptuous knightly tournaments royal wedding.

This website uses cookies to improve your experience while you navigate through the website. Out of these, the cookies that are categorized as necessary are stored on your browser as they are essential for the working of basic functionalities of the website. We also use third-party cookies that help us analyze and understand how you use this website. These cookies will be stored in your browser only with your consent. You also have the option to opt-out of these cookies. But opting out of some of these cookies may affect your browsing experience.
Necessary Always Enabled

Any cookies that may not be particularly necessary for the website to function and is used specifically to collect user personal data via analytics, ads, other embedded contents are termed as non-necessary cookies. It is mandatory to procure user consent prior to running these cookies on your website.