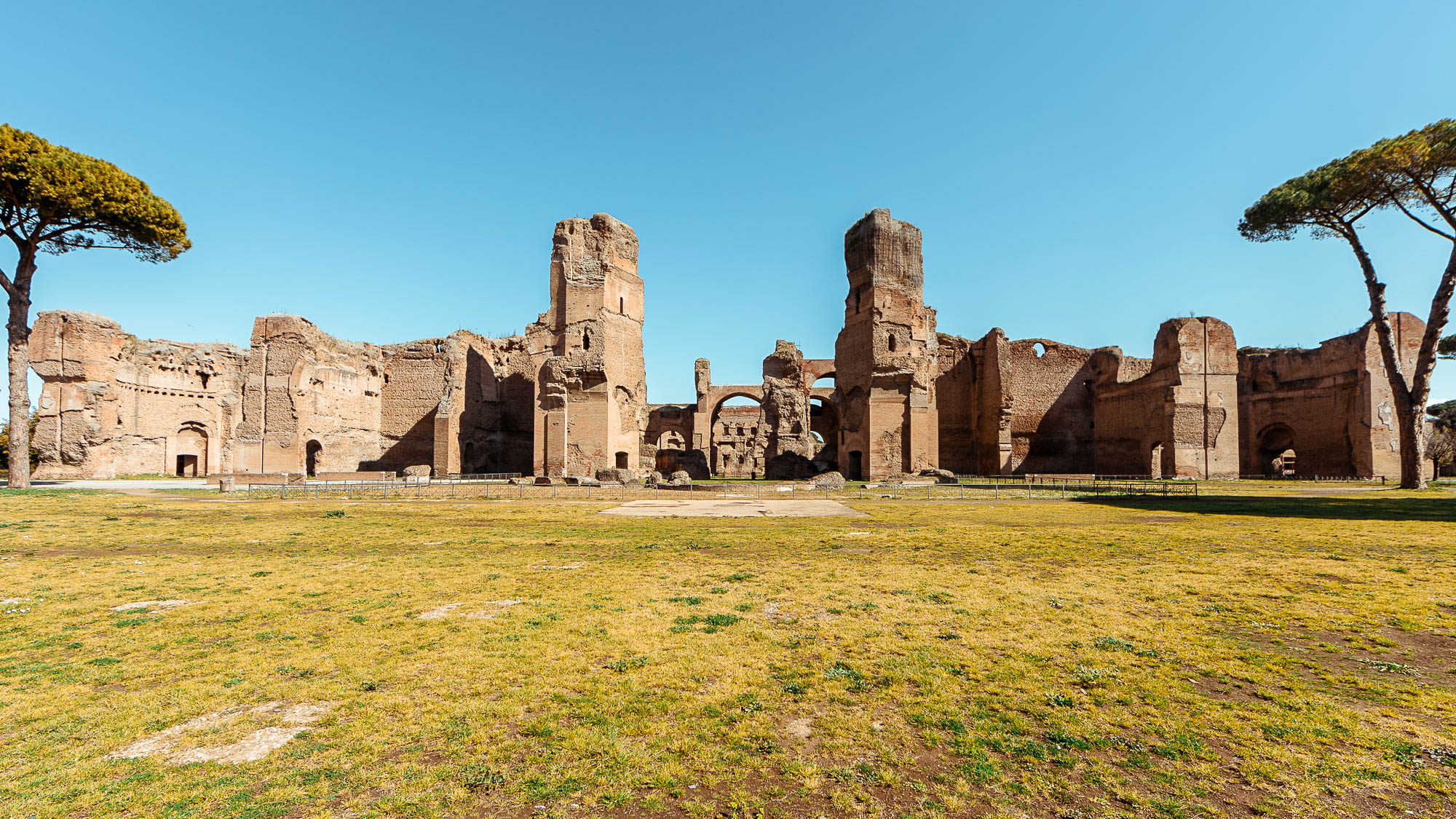 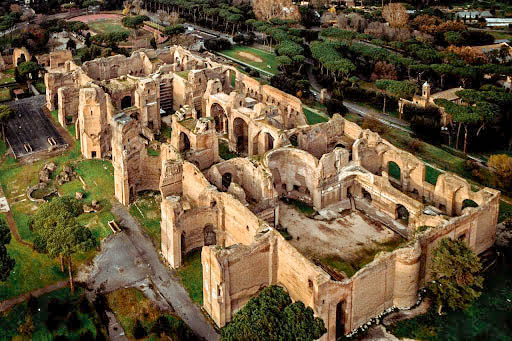 The Thermae Antoninianae, one of the largest and best preserved ancient thermal complexes, were built in the southern part of the city under the initiative of Caracalla, who opened the central building in 216 CE.

The rectangular plan is typical of the “great imperial Bathhouses”. The Baths were not just a building for bathing, sports and the care of the body but also a place for walking and for study. Four doors on the northeastern facade were the entrance to the main part of the building. On the central axis may be observed, in sequence, the calidarium – tepidarium, the frigidarium and the natatio, and, on the sides of this axis, other environments, arranged symmetrically around the two other palaestras.

The Baths of Caracalla are one of the rare cases where it is possible to reconstruct, albeit only partially, the original decorative scheme.

The written sources speak of huge marble columns, coloured Oriental marble flooring, vitreous paste mosaics and different varieties of marble sheathing the walls, painted stuccoes and hundreds of colossal statues and groups, both in the niches of the walls of the environments and in the more important halls, as well as in the gardens. For supplying water, a special branch of the Acqua Marcia aqueduct, the Aqua Antoniniana, was created.