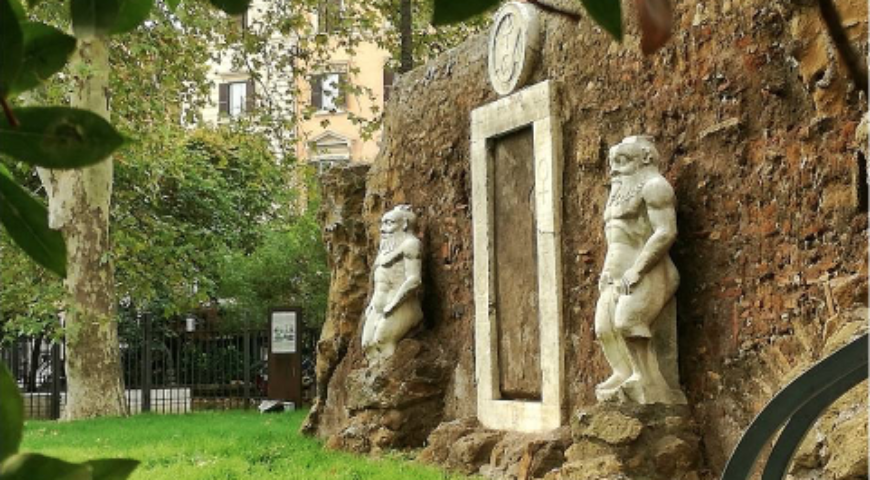 Among the squares, monuments and alleys of the Eternal City are hidden legends, traditions and stories that tell of a magical and mysterious city.

Did you know that in Rome you can open a magical door, look at the devil’s chair, try to decipher the symbols in a basilica, eat snails against witches or recall the goddess Isis?

Through our stories, we discover the fascinating characters and places that, united by the common thread of esotericism, accompany us to discover the hidden soul of the capital.

If you are fond of puzzles, the Basilica of Santa Maria Maggiore is for you. Inside, it houses a mysterious square on which five words are engraved: Sator, Arepo, Tenet, Opera, Rotas. Notice anything strange? The sentence can be read in any direction, from right to left, from left to right, from top to bottom or from bottom to top. It is a palindrome, the text of which is a real puzzle for archaeologists, mathematicians, philologists and scholars from all over the world. Widespread in various areas of Europe, the magical and ancient Sator Square is curiously present also in the basement of the splendid church, already known for the miracle of the snow.

In the nearby Piazza Vittorio Emanuele II, there is a magic door, now walled up. This is all that remains of Villa Palombara, built starting in 1620 by the Marquis Oddo Savelli di Palombara.
It was inherited from his son Maximilian, a man of considerable culture and a lover of alchemy, who built a laboratory for his own experiments. According to legend, a traveler, probably the alchemist doctor Francesco Borri, was hosted in the villa during a stormy night in 1680.

Entering the gardens, the man set out in search of a mysterious herb capable of producing gold. The next morning, there was no longer any trace of him, except for the remains of specks of gold and some enigmatic manuscripts full of symbols. The Marquis had all the formulas engraved on the “Alchemical Door”, which seem to contain the secret of the philosopher’s stone. Guarded by two statues of the Egyptian god Bes, triangles, symbols of planets, Hebrew writings and Latin inscriptions are still there, waiting for someone to reveal the mystery.

Not far away, you reach the Basilica of Santa Croce in Gerusalemme, mysteriously intertwined with the fate of Gerberto D’Aurillac, who became pope in 999 with the name of Sylvester II.
A man of extraordinary knowledge, he was known as the “magician Pope” and was one of the most controversial figures in the history of Rome.

Legend has it that he became so powerful, thanks to the favors of the devil. It is said, in fact, that he owned a magical book and that he had a golden mask built, capable of answering his questions, inside which he had trapped a demon.

When asked by the pope about the circumstances of his future death, the mask replied “You will die officiating mass in Jerusalem”. On May 12, 1003, the pontiff died while celebrating Mass in the Holy Cross in Jerusalem and was buried in the nearby Basilica of San Giovanni in Laterano. Coincidence?

Sylvester II, however, did not cease to amaze; on the occasion of the opening of his tomb, 645 years later, his body was found intact, dissolving in contact with the air and disappearing in a cloud of dust: only a silver cross and the papal ring remained. Even today, it is said that when a pope dies, a stream of water flows from his tomb.