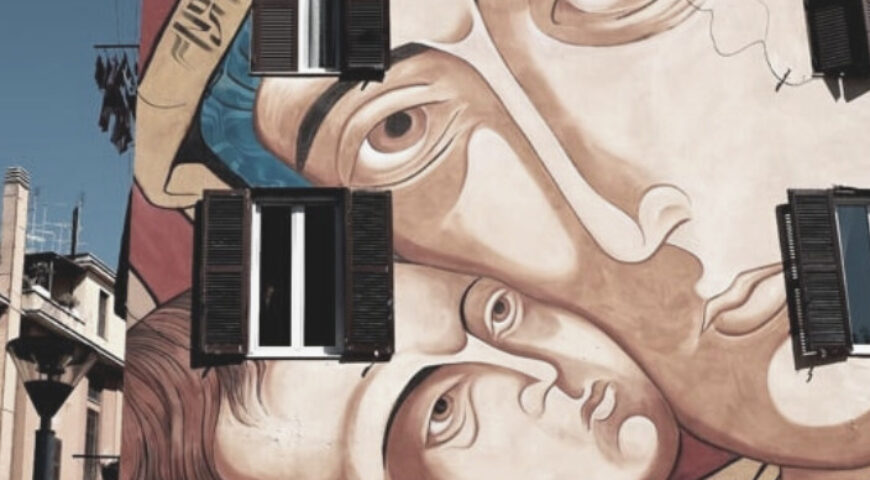 The world of Street Art

Street art has moved far away from its vandal origins, it is now a digestible, illustrative and welcoming form of art for a generation that is politically active and looking for a voice.

The market has shown interest in street art, some artists have reached important prices and
they are also leaving their mark on the art market. A book, Street art in Rome. How the city changes, curated by Alberta Campitelli and published by De Luca Editori, tells the story of street art in Rome through the photos of Mimmo Frassineti, a photographer who has always been involved in urban art.
The volume traces the history of street art in the capital, a journey back in the history of the phenomenon from its origins to the present day.

A lesser known, less postcard-worthy Rome, at times unedited. A fascinating journey that crosses the hamlets, the suburbs, the abandoned buildings, returning for once an image that does not tell the rhetoric of the hinterland. “The evolution of street art in Rome”, Frassineti tells us, “I’ve been following it since
origins, long before the city became one of the most important centers in Europe ”. Strongly opposed at first, street art has become a key to creating cultural value through urban redevelopment.

Most of the works are located in the non-tourist areas of the city and trying to find them all becomes complicated even for a Roman. Just to find your way around the murals scattered around the capital, Artribune has created a STREETART ROMA app aimed at tourists and art professionals. A complex and fascinating labyrinth of which Frassineti’s book represents a sort of visual mapping following the trace of graffiti.

The world of Street Art