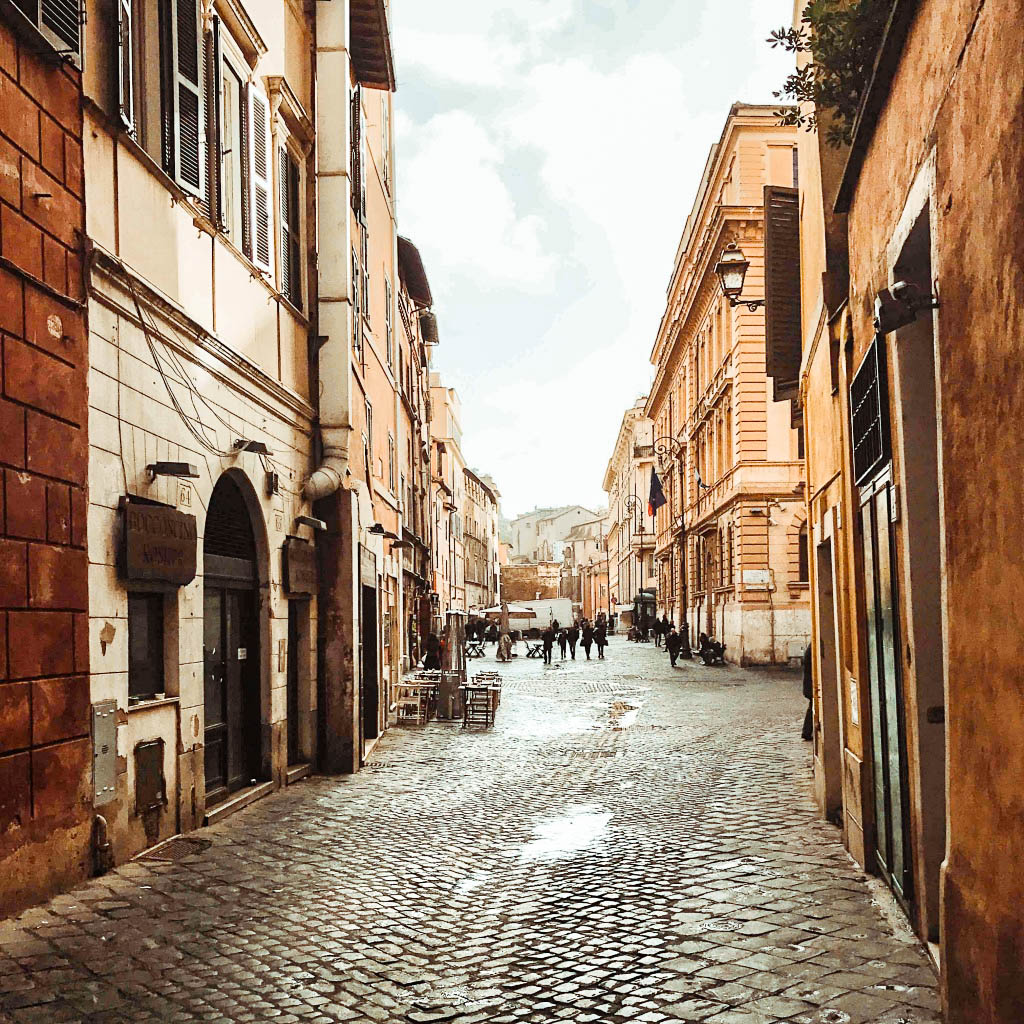 The area of the Jewish Ghetto of Rome is between the river Tiber, Piazza Venezia and Piazza Navona. It includes narrow streets and small paved squares with characteristic small black lava stones (San Pietrini). While walking in the Jewish Ghetto Rome it is possible to see fountains, palaces, churches, Roman remains, old fashioned shops and typical roman, kosher restaurants.

The Jewish Ghetto is one of the oldest and most interesting areas of Rome where it is still possible to experience the real Roman character and folklore.

During the tour you will see the Synagogue, the Portico D’Ottavia, the Teatro Marcello (Marcello’s Theater), the three tall columns that survived from the Temple of Apollo Medicus (built in 433 BC), and the ruins of the Temple of Bellona (built in 236 BC dedicated to the God of War).

The Jewish Ghetto Rome walking tour continues from Via del Portico D’Ottavia, walking along Via della Reginella, you will pass by buildings,of  no less than 6 floors with low-ceilings  that were typical in the old ghetto, it’s possible to reach Piazza Mattei. Overlooking a little square, is Palazzo Costaguti, freschoed by Guercino, and Palazzo Mattei (16-17th century), its courtyard with a double loggia and staircase decorated by colossal Roman busts, statues, sarcophagi, antique relics all of them in excellent condition making it one of the most curious sights of the city. The churches of Santa Maria in Campitelli and Santa Caterina dei Fumari, the Palaces of Albertoni and Capizucchi are other jewels of this peaceful residential and monumental area where it is still possible to find the spirit of Ancient Rome.