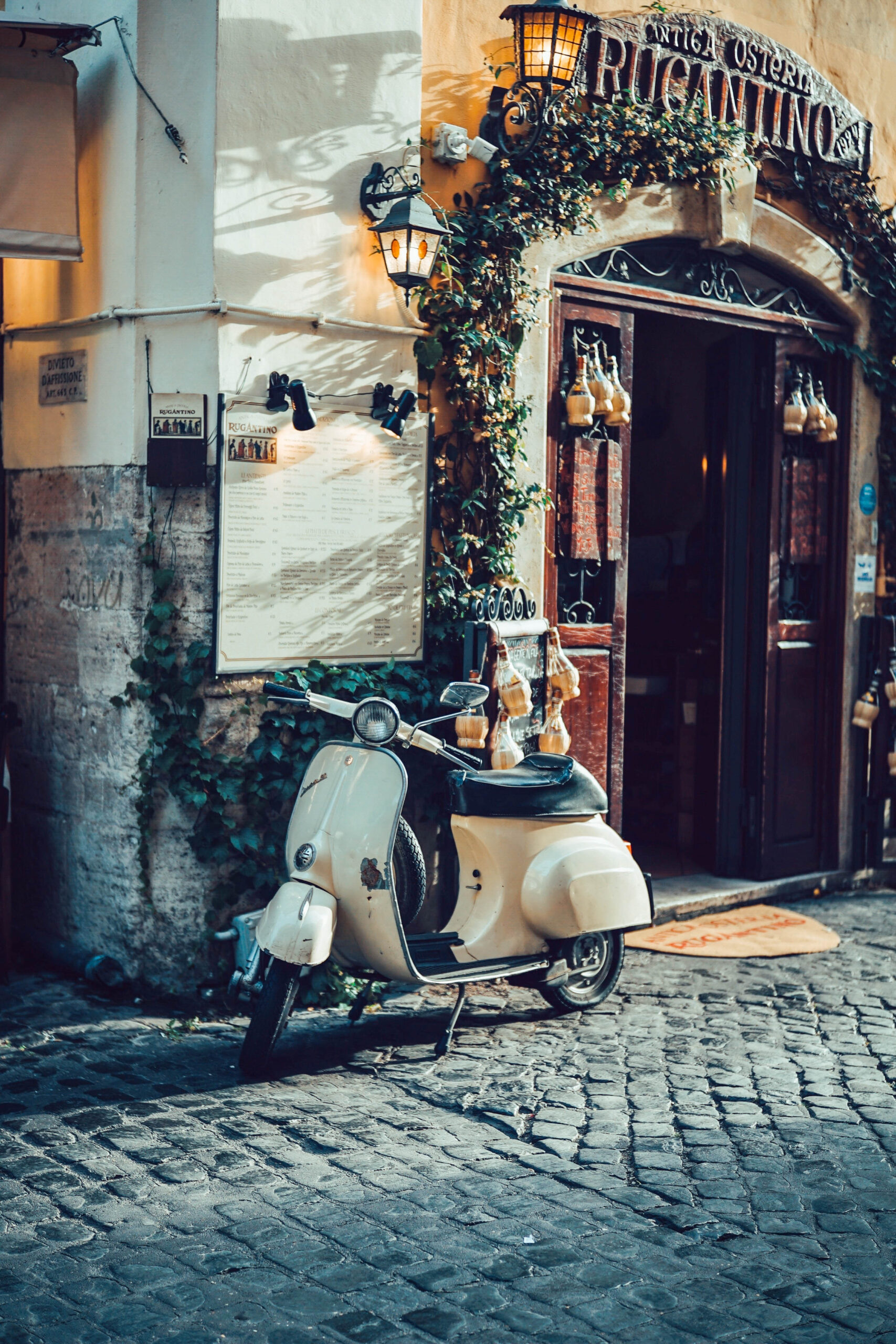 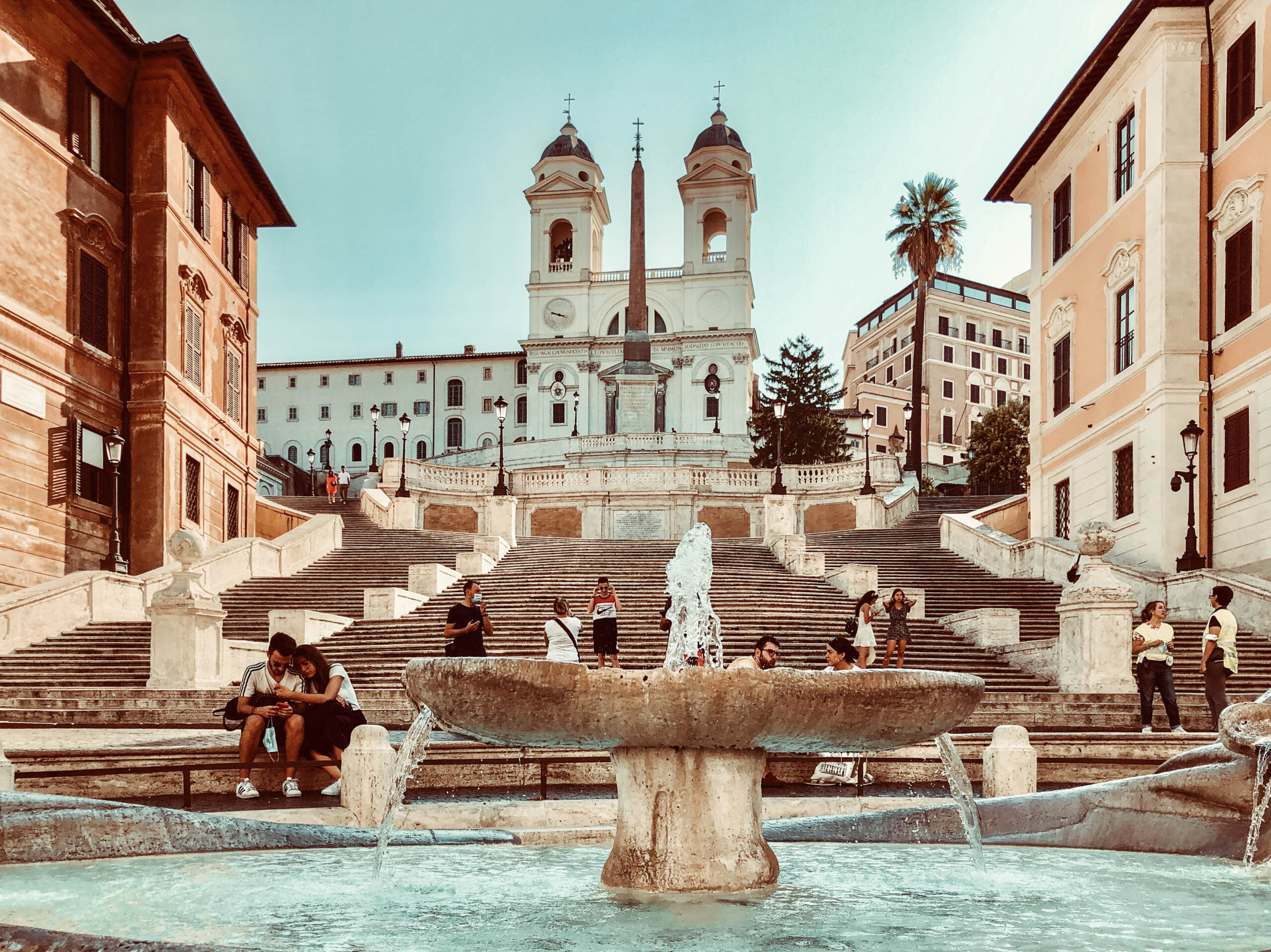 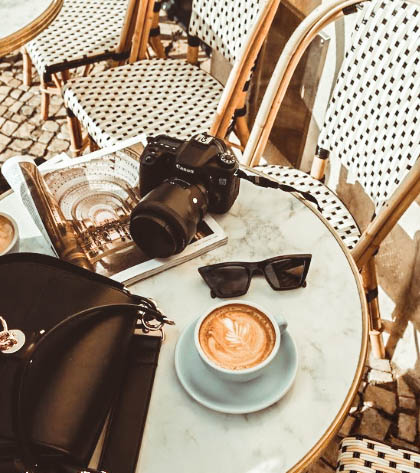 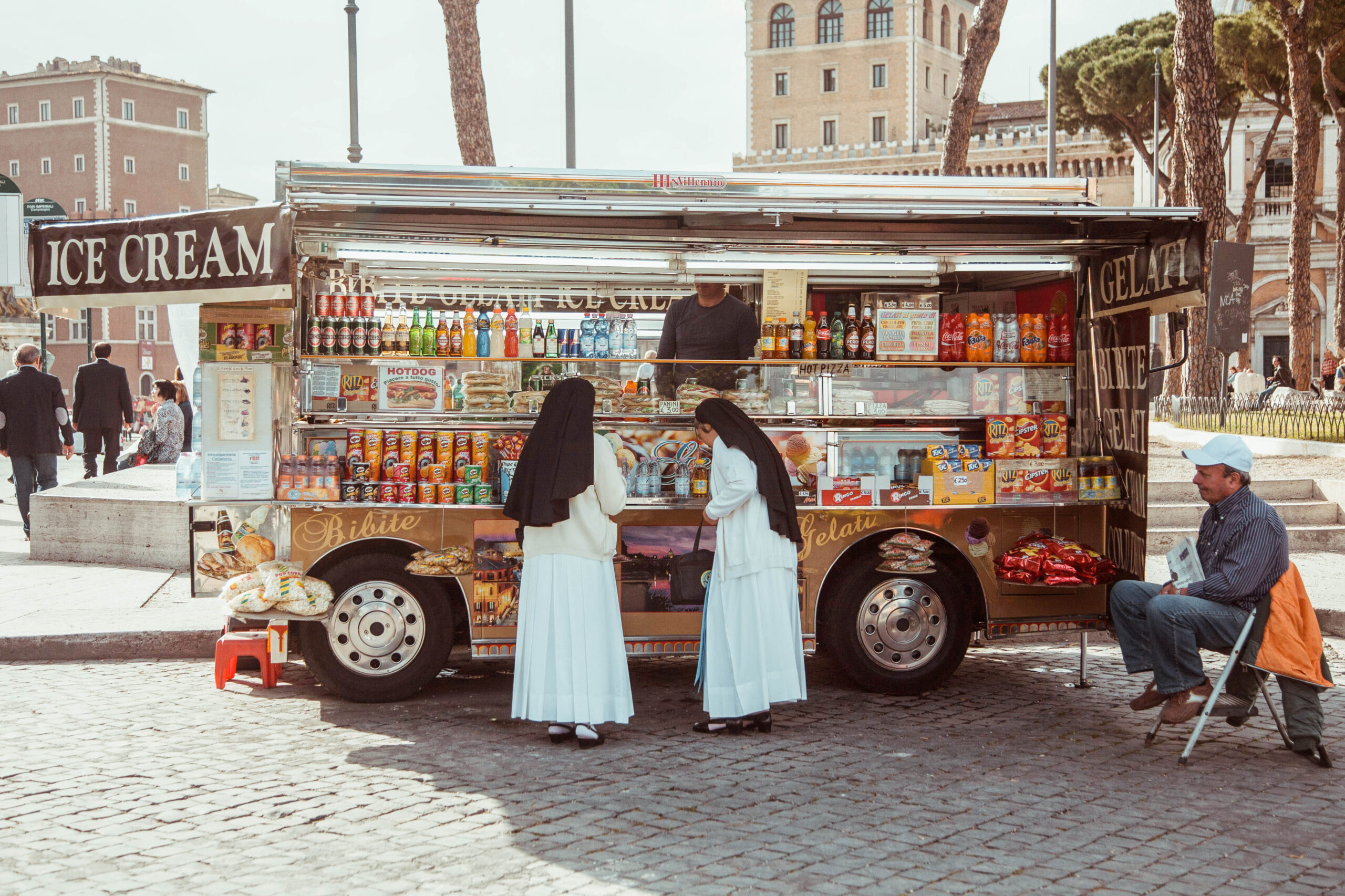 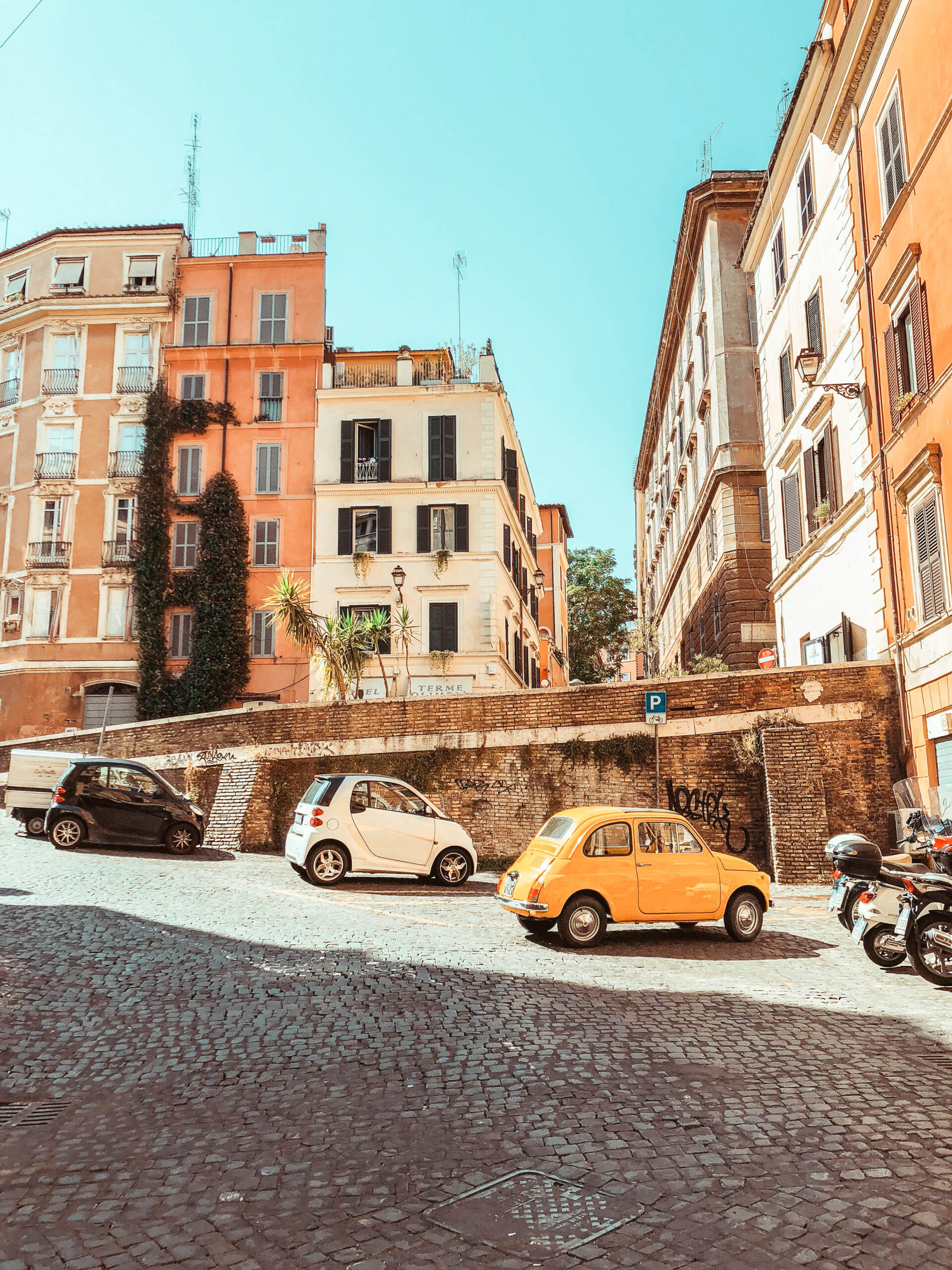 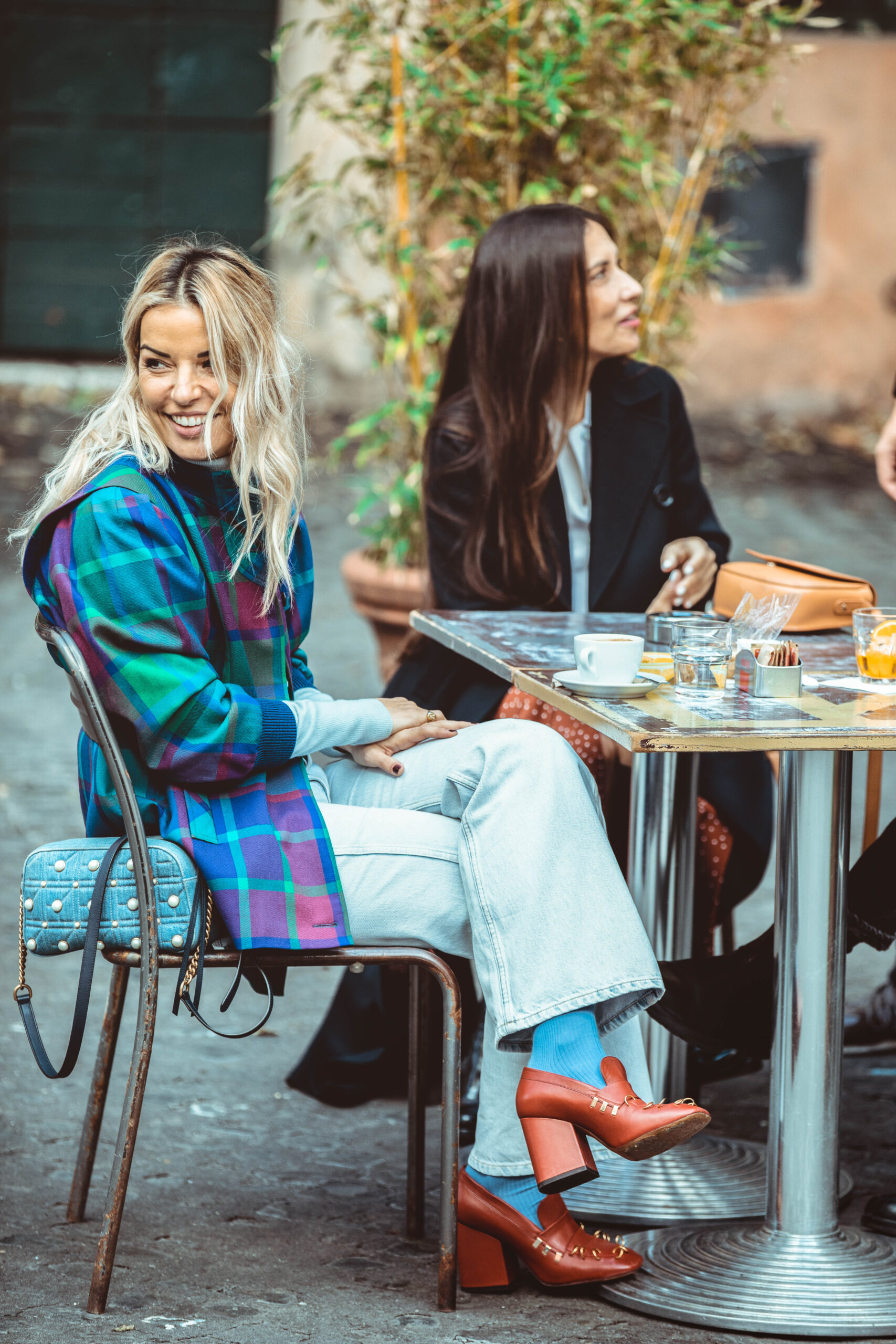 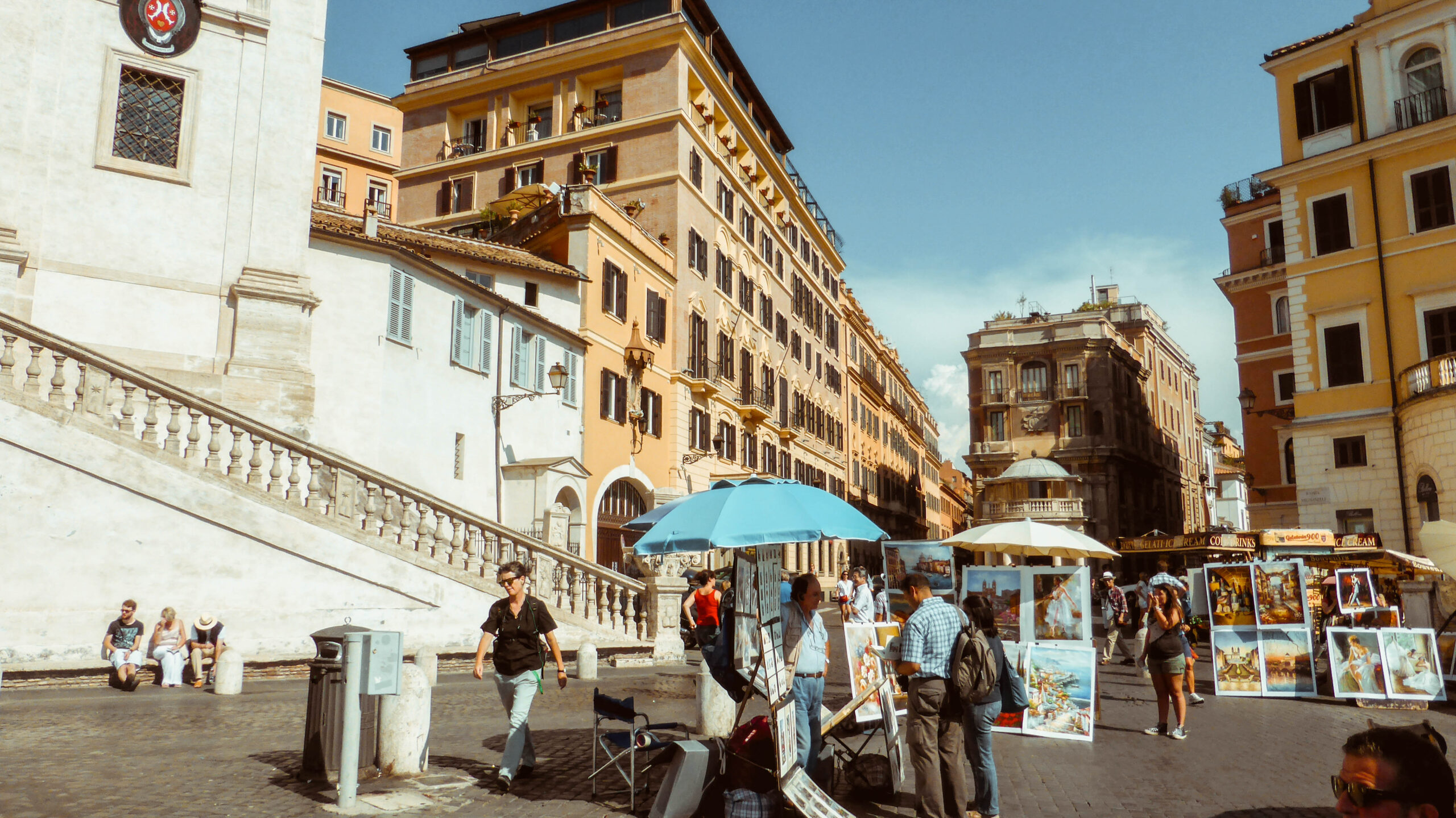 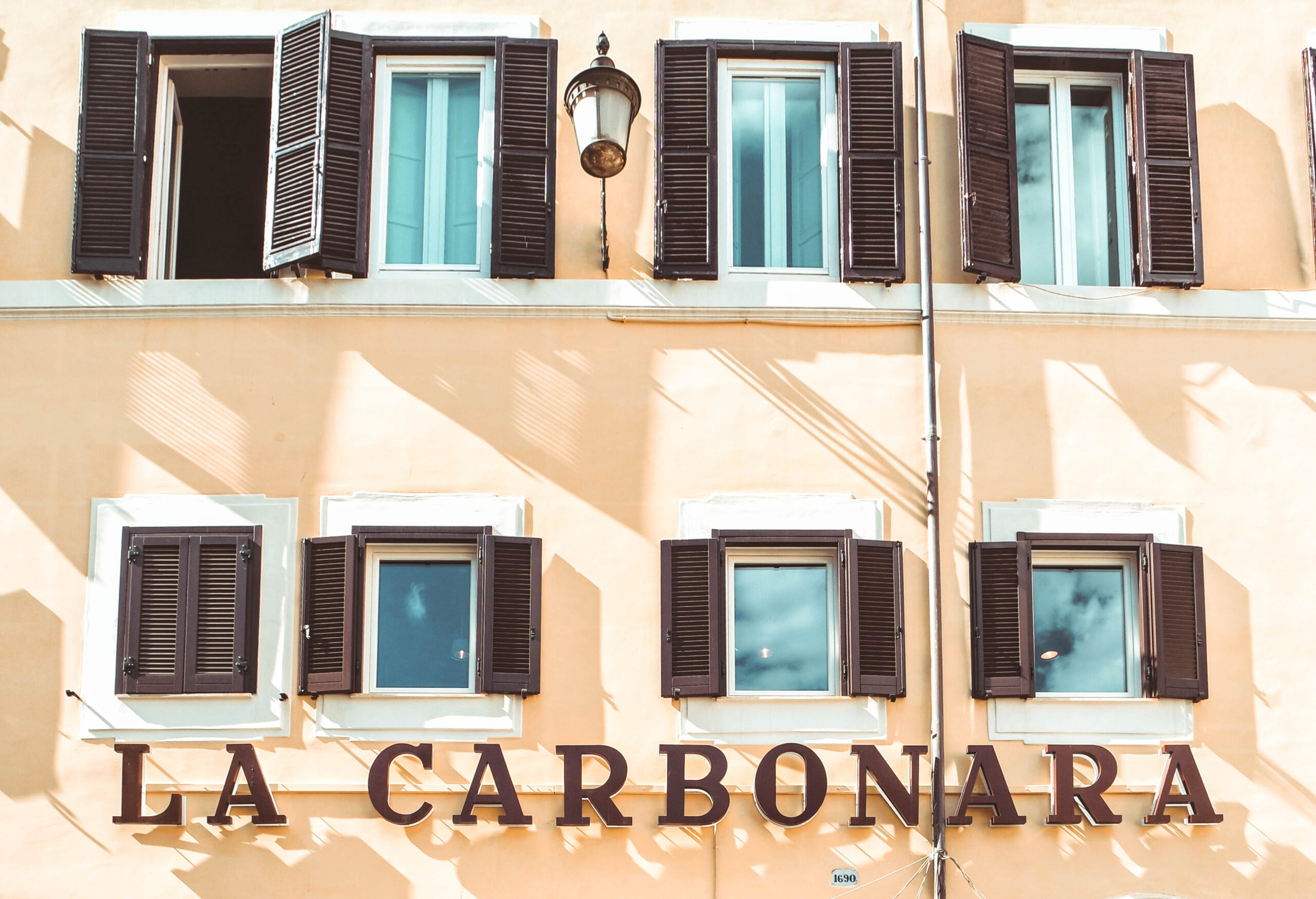 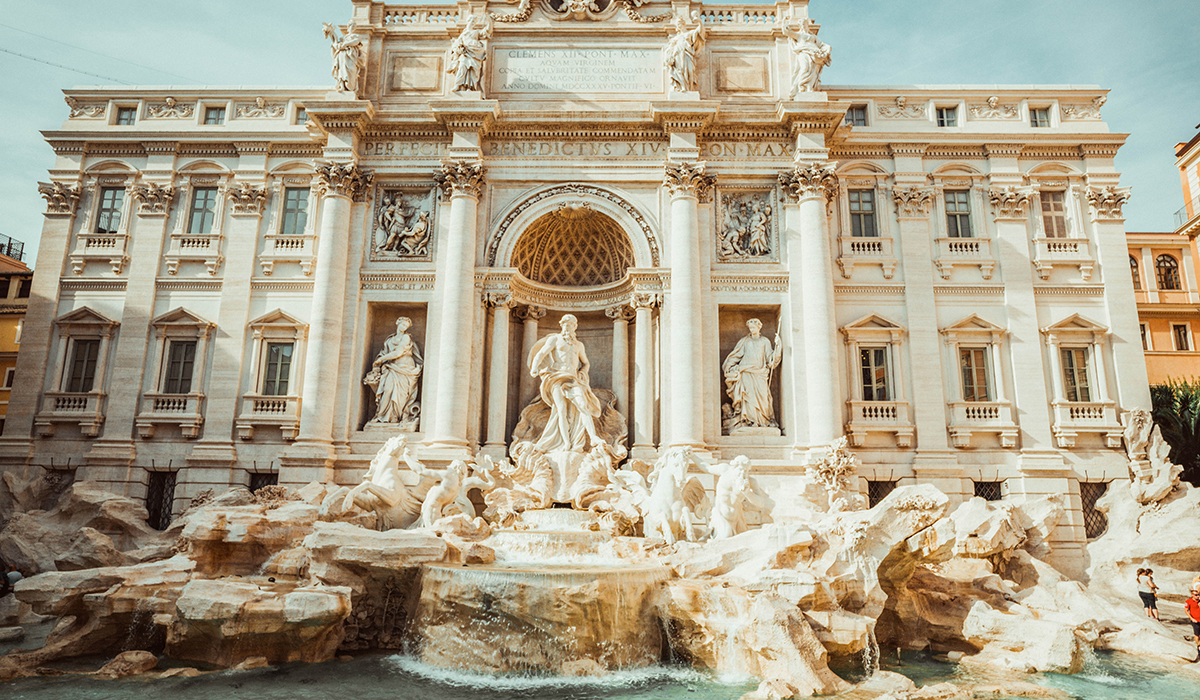 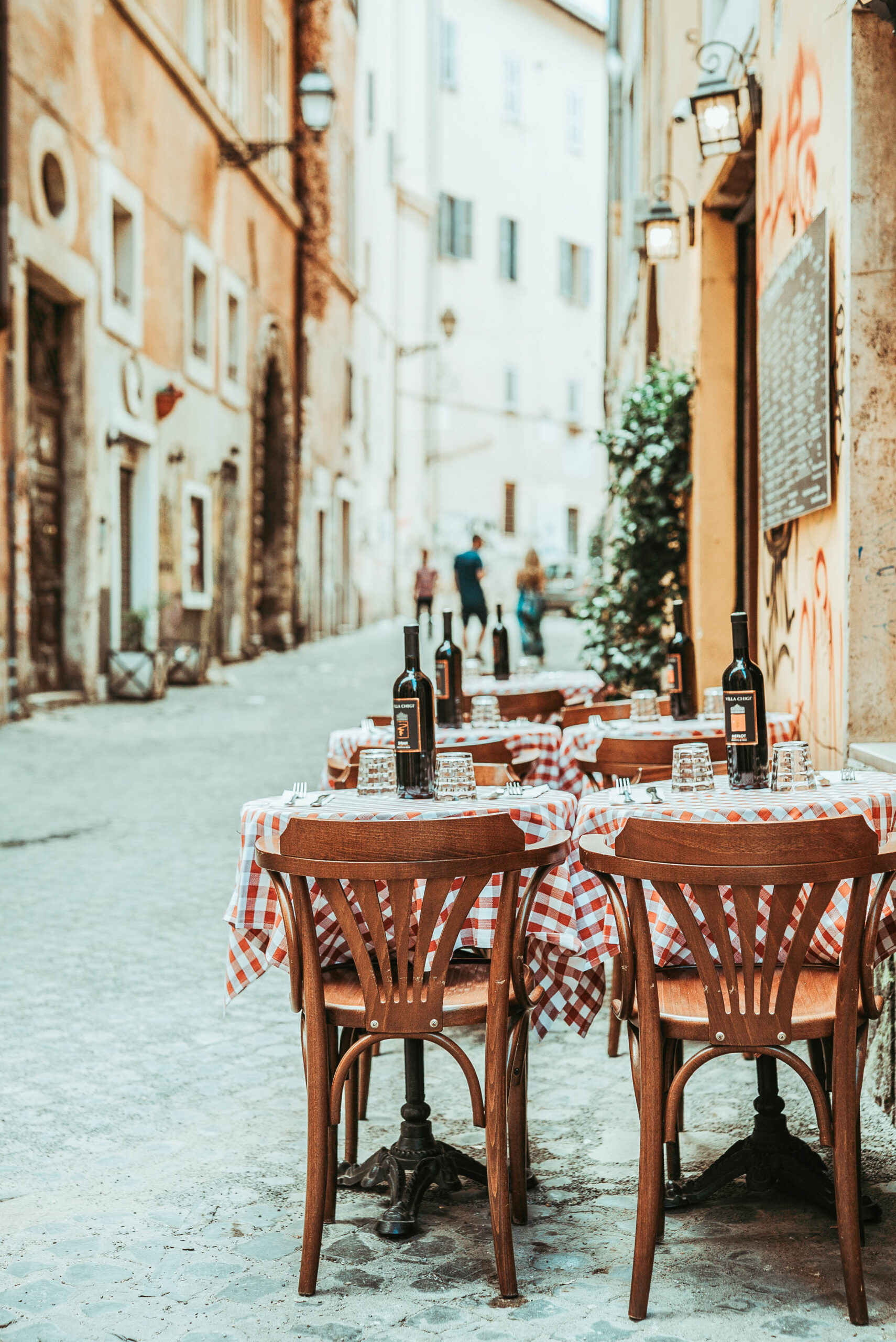 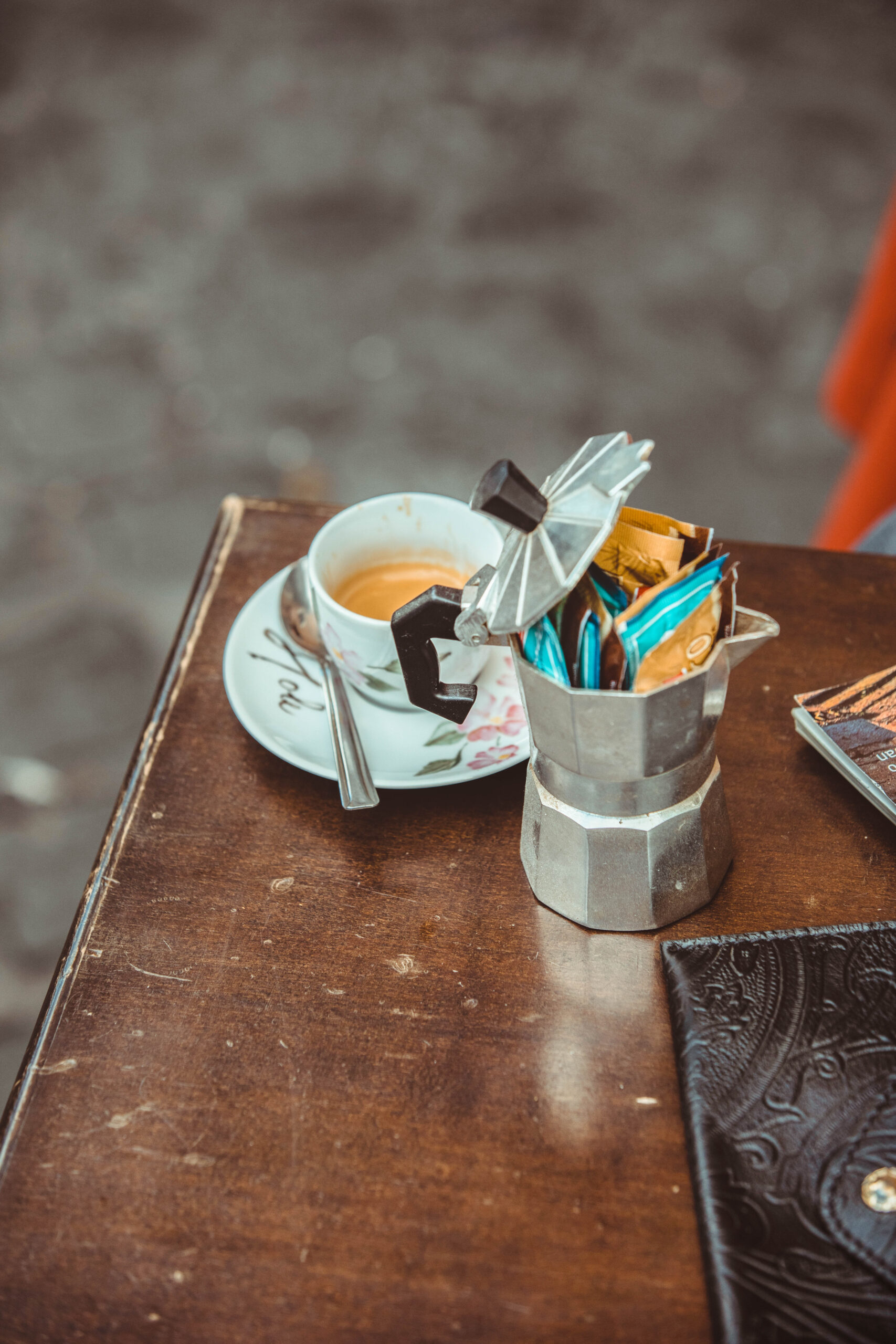 In the roaring 1960s, Via Veneto was the epicenter of the Dolce Vita, the good drawing room of international cinema, the meeting point of politicians, intellectuals, show business people, journalists, the symbol of night and night Rome.
The elegant and famous cafés such as “Cafè de Paris”, “Caffè Donei”, “Harry’s Bar”, the sumptuous hotels such as “Excelsior”, “Marriot Grand Hotel Flora”, “Gran Palace” and most of the shops remained those always, with the difference of some modernization.
Retracing the road you can have the feeling of reliving the emotions of the Roman nights of some time ago, imagine meeting Anita Ekberg walking barefoot, or seeing sitting at a table Cardarelli, Guttuso, Pasolini, Moravia or Calvino chatting in front for an aperitif.

After walking in the elegant and refined Via Vittorio Veneto, we will move towards via Margutta, the street of the painters where Maestro Fellini lived and then arrive at Piazza di Spagna, with its famous staircase of Trinità di Monti, the Barcaccia fountain built by Bernini, the column of the Immaculate Conception and the building of the Spanish Embassy to the Holy See which gives the square its name.

We will continue with the largest and most famous fountain in Rome: the Trevi Fountain. Designed in the 1700s by Nicolò Salvi, it is considered one of the most famous fountains in the world. Once here, all we can do is recall the historical image of the La Dolce Vita masterpiece with the beautiful Anita Ekberg, who with a long black dress plunges into the waters of the fountain, calling the suitor Marcello Mastroianni in a persuasive voice. Marcello “come here …… hurry up!”.