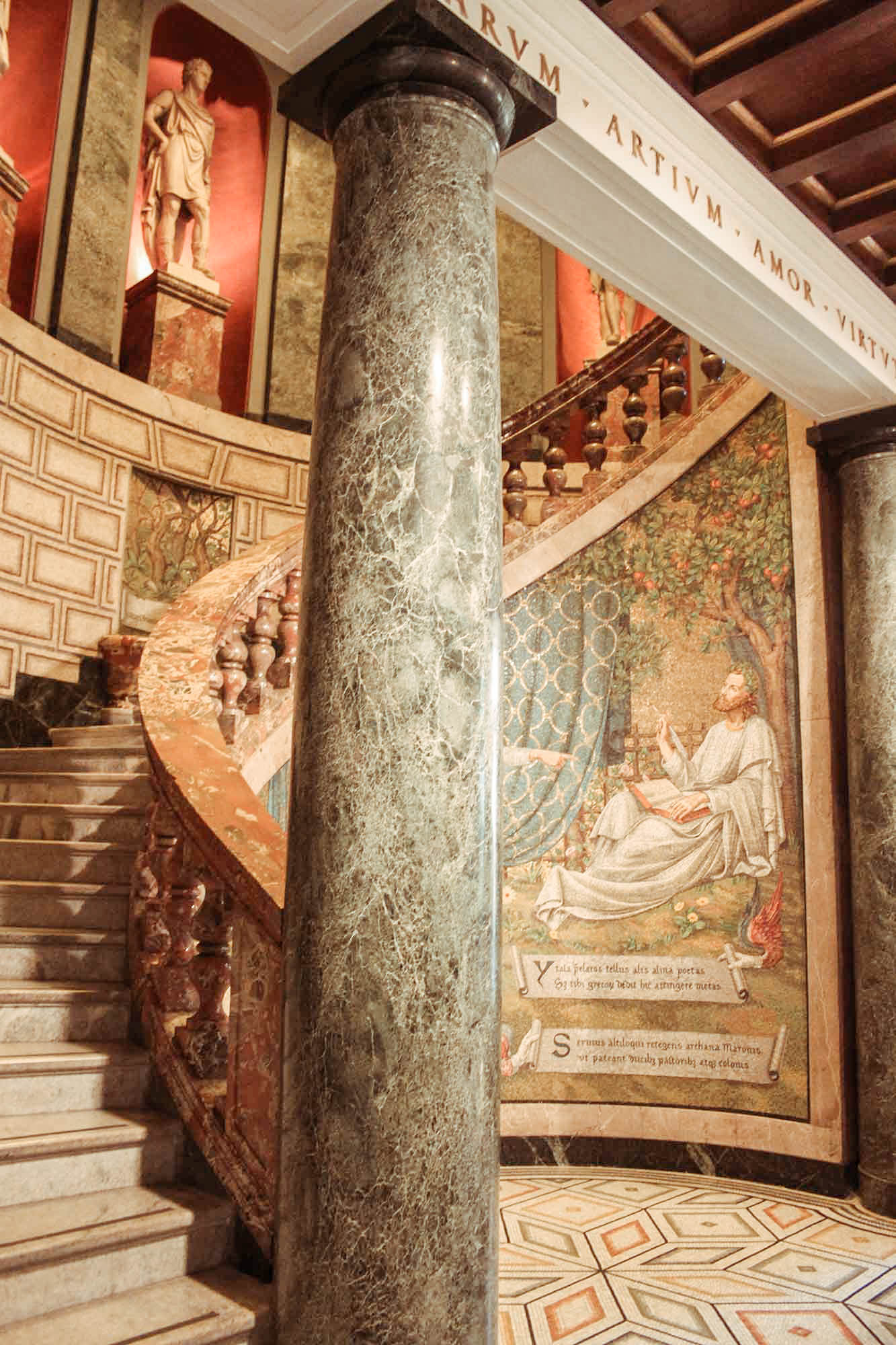 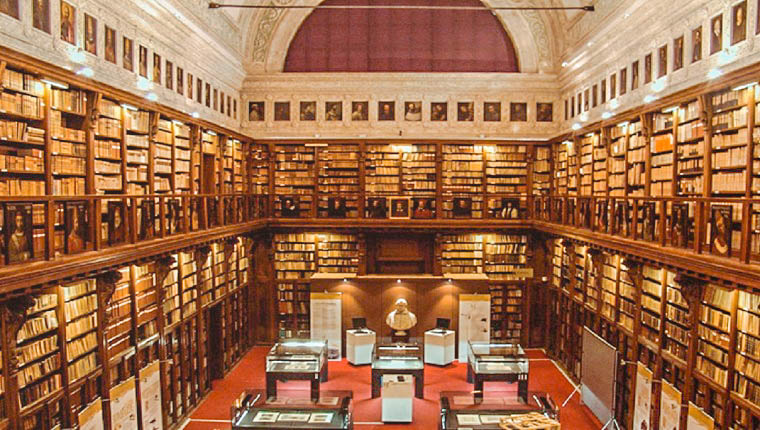 The Ambrosiana houses the largest and most amazing collection of Leonardesque sheets, the Atlantic Codex, exhibited thanks to temporary thematic exhibitions that take place every three months both at the Pinacoteca Ambrosiana and at the Sacristy of Bramante.
With the first of these exhibitions, the Pinacoteca Ambrosiana has also opened the Leonardi Room to the public, with the splendid fresco of the Coronation of Thorns by Bernardino Luini and a new exhibition by Leonardo’s Musician, the enchanting Federiciana Room, the original seat of the Library Ambrosiana, and Peristilio, a seventeenth-century structure in which other Leonardo’s works are exhibited, such as the Vincian knots and the portrait of Leonardo drawn by one of his disciples. None of these three rooms were previously open to the public.
Before going into the splendor of the Pinacoteca Ambrosiana it is necessary, if not obligatory, to follow the biographical stages of its founder, Cardinal Federico Borromeo. It is in fact through the knowledge of the biography of Cardinal Federico, lover of art, that we introduce ourselves to the discovery of the Pinacoteca. Each painting is attributable to a stage in the Cardinal’s life, that is, his exchanges with the greatest artists in history, his correspondences with the other Italian cardinals, his visits with collectors and art experts such as Zuccari and Francesco Maria del Monte.

The vast art heritage held by the Pinacoteca is the result not only of the passion of its founder but also of all the people he loved to surround himself with. It all began way back in 1618 when the cardinal decided to integrate his now full-bodied and valuable collection of paintings into the Library, founded in 1603 and inaugurated on 6 December 1609. The motivation for this choice is the desire to make their collection available to everyone and raise awareness among the population about art. The core of the Pinacoteca Ambrosiana, which today represents one of the most original and systematic artistic collections in Milan, is the theme of sacred art. A collection of works of art from the Middle Ages to the mid-sixteenth century.
The museum itinerary winds along the rooms, passing through the most famous paintings such as Caravaggio’s Basket of Fruit or Titian’s Adoration of the Magi, or stopping in front of the stylistic differences of the drawings by Raphael and Michelangelo, without neglecting Leonardo’s works and typically sixteenth-century portraiture. A life-long art collection that has grown enormously since the death of its founder.