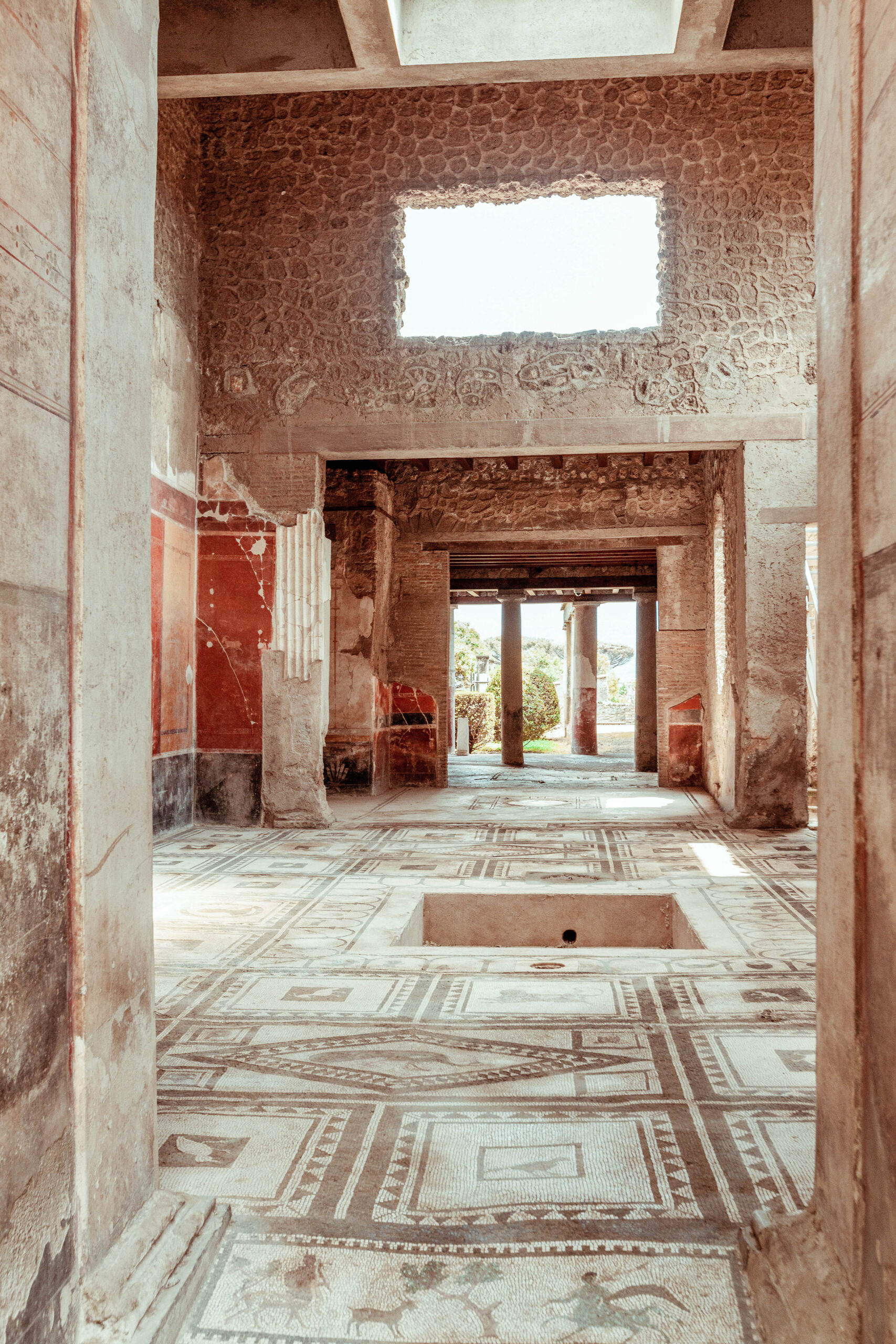 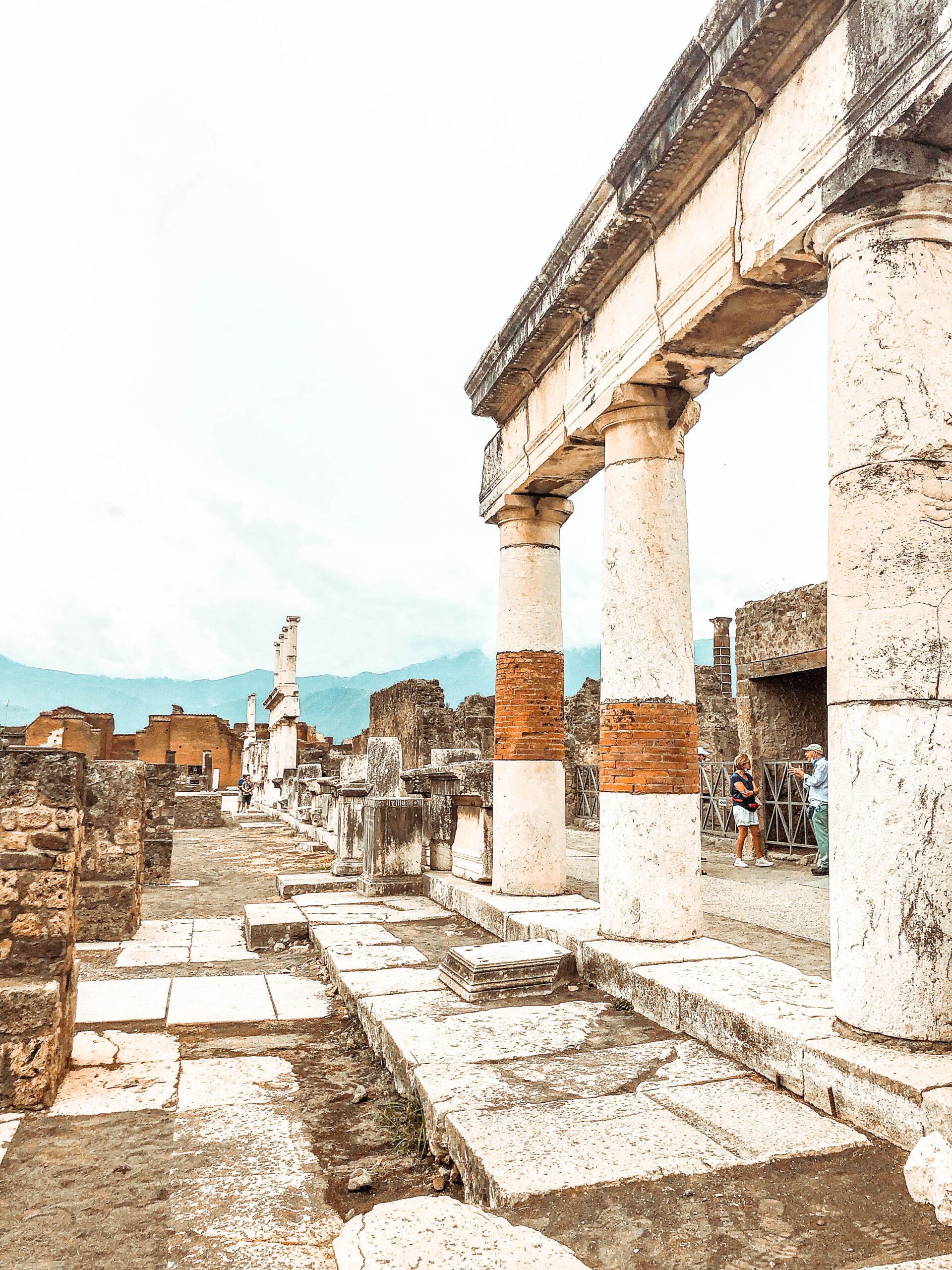 2000 years ago, the streets of Pompeii were full of people, vendors, the houses were inhabited by wealthy landowners, artisans, shopkeepers, then suddenly everything disappeared. For 1700 years the city was literally erased from the face of the earth, no one even knew how to indicate the place where it stood, then slowly resurfaced and is today one of the wonders of archeology.

The day of August 24, 79 AD, began with a sudden eruption of Vesuvius. Nobody understood what was happening, such a thing had never been seen. An immense column of smoke that rose for kilometers, followed by a huge black cloud that reached the city completely covering it and darkening the sky with this strange rain of light and porous, still hot pebbles. The amazement soon gave way to fear and then to panic, what happened in those 24 hours in which Pompeii was hit several times by the fury of the volcano has been patiently rebuilt with a long excavation and research work. Today, the Pompeii excavations are by far one of the major tourist attractions in Italy. Visiting this archaeological site goes far beyond the passion for art and history, but it is something that touches particular ropes, capable of attracting lovers of mystery, rituals and cults of populations so far away from us over time, but so close “physically”.

The fact that Pompeii was destroyed, but at the same time preserved, from the eruption of Vesuvius in 79 AD makes this place even more fascinating, where, walking through the paths of the time, it seems to relive a remote era, thanks also to the houses, shops and utensils remained intact, giving us the opportunity to get closer to the lifestyle era.

The first real excavations were carried out by the Bourbons of Naples, in 1738, always interested in art and history, especially for the passion of King Charles of Bourbon. The excavations were largely completed in the late 1800s, when the Villa of the Mysteries was unearthed, as well as Via dell’Abbondanza. Numerous public buildings were found, such as the Forum of Pompeii, the market, the places where food was stored, called Termopoli or the water building, called Castellum Aquae.

Entertainment was very important for the inhabitants of Pompeii, which is why several places were found where recreational activities were proposed. Above all, the Amphitheater of Pompeii, built around 80 BC. and capable of holding twenty thousand people, but the Teatro Grande, the Palestra and the Terme were also found. Obviously, there were places of worship such as the Temples. The most important is dedicated to Apollo, while others were built to venerate Isis, Jupiter, Venus and other gods.

Visiting the Pompeii excavations, one gets the impression that time has stopped at the time of the eruption. The casts of people’s bodies make these places even more suggestive.

Being assisted by a guide is essential to discover the details of these places. It is to understand the representations of the frescoes, to better understand how the inhabitants of Pompeii spent their days and to let themselves be carried away by the anecdotes, sometimes funny, about the uses and customs of the time