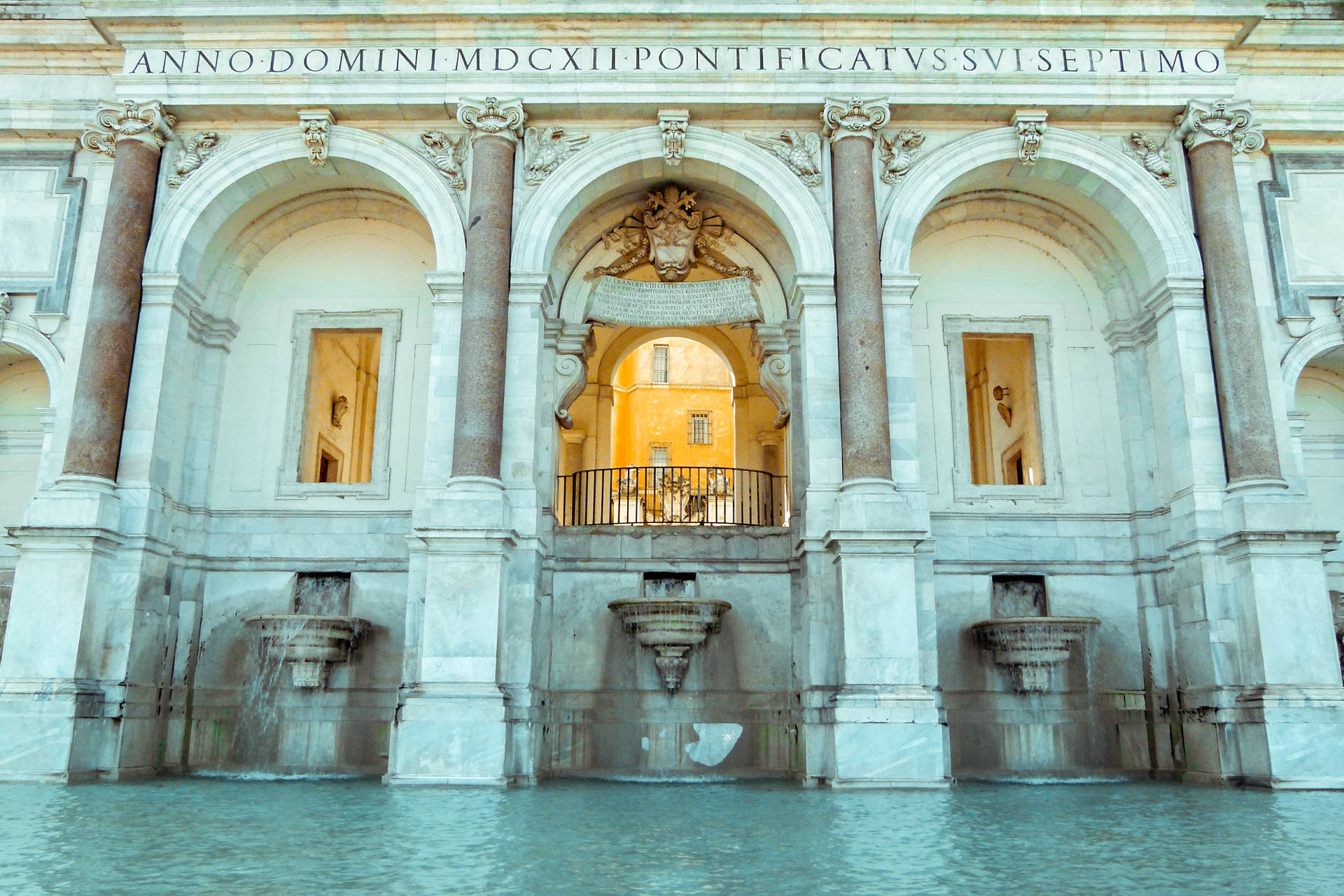 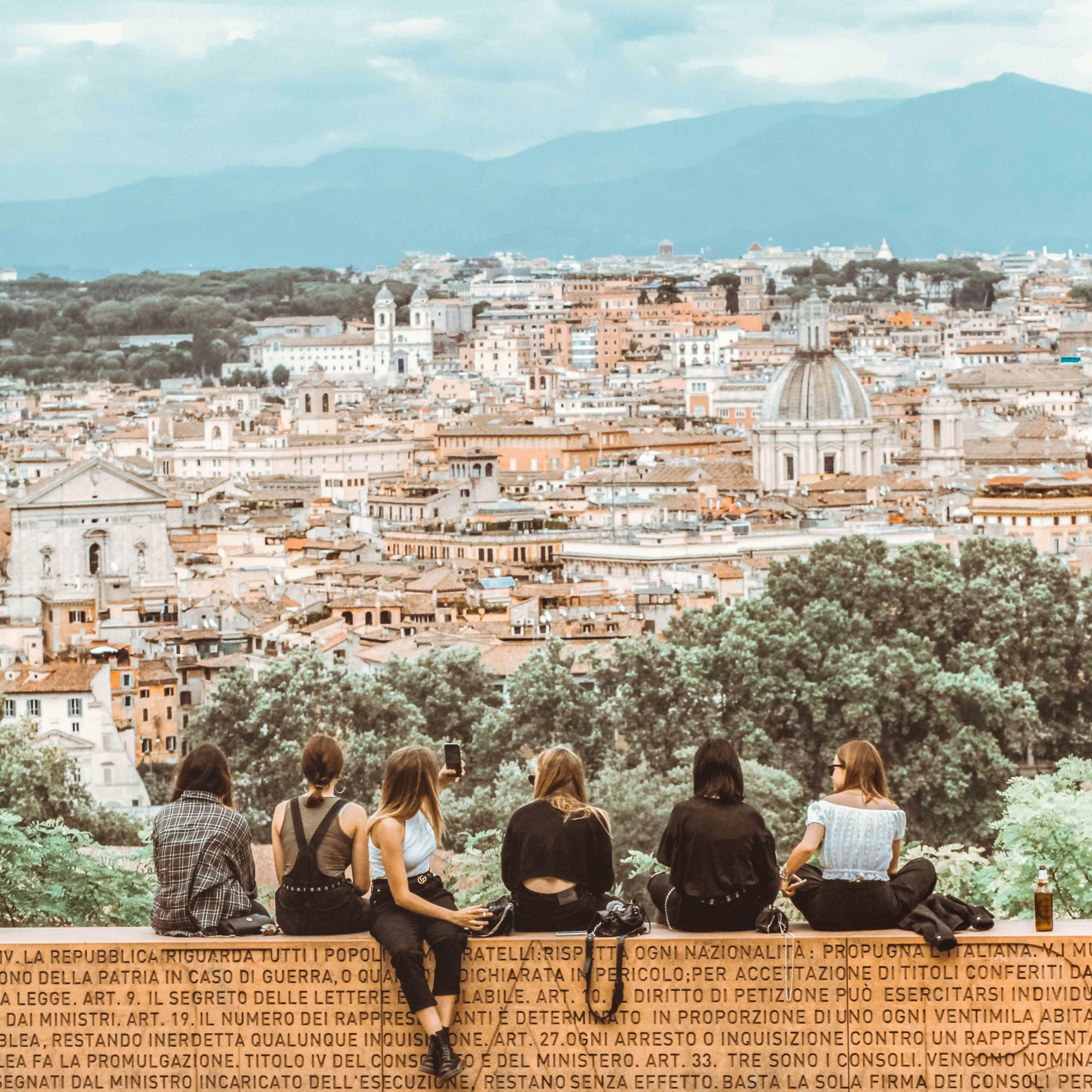 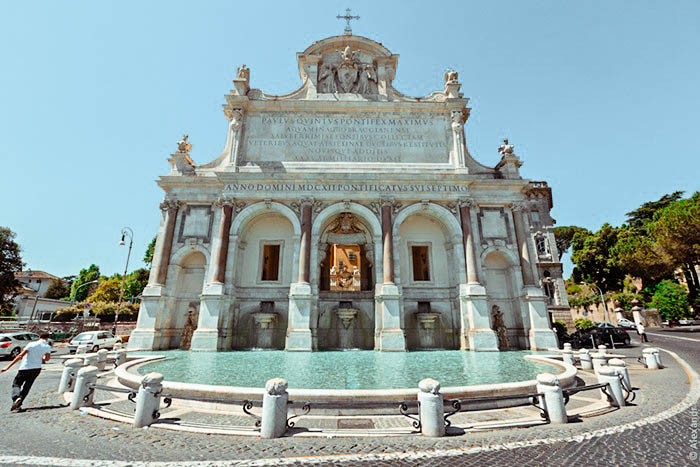 With this itinerary, you will discover the wonderful places in Rome that inspired the Oscar-winning film for best foreign film: The Great Beauty.

The route will start from Piazzale Garibaldi on the Gianicolo hill where you will admire the splendid fountain of the Acqua Paola, from which you can enjoy a breathtaking view of the city. The Fontana dell’Acqua Paola, also known as the “Fontanone del Gianicolo”, was commissioned by Pope Paul V Borghese (1605-1621), following the restoration of the Trajan Aqueduct, which he himself promoted in 1608. Built between 1610 and in 1614 as a terminal exhibition of the Traiano-Paolo Aqueduct, the construction of the fountain was entrusted to Giovanni Fontana, assisted by Flaminio Ponzio.

Afterwards, we will visit the complex of San Pietro in Montorio. The church was built in the 9th century on the site where Saint Peter was believed to have been crucified and was rebuilt at the end of the 15th century on the commission of Ferdinand II of Aragon, perhaps by Baccio Pontelli. The convent attached to the church is divided into two cloisters, the first of which is the famous Tempietto di Bramante. Between 1502 and 1509, Bramante built what many consider to be the first true Renaissance building in Rome commissioned by Ferdinand and Isabella of Spain, in fulfillment, according to tradition, of a vow made to obtain an heir. The circular shape of the Tempietto echoes that of the Christian “martyria”, the chapels dedicated to the cult of the martyrs: 16 Doric columns support the entablature with triglyphs and metopes, surmounted in turn by a balustrade. Above, the dome rises, set on a high cylindrical drum, where, separated by pilasters, rectangular and shell niches alternate. The cap, covered in lead and divided into segments by ribs, ends with a sort of blind lantern, where instead of the windows there are various emblems.

The route continues with the Aventine hill, one of the seven hills of Rome, with the magnificent “esoteric” square of Piranesi symbols, Santa Maria del Priorato, seat of the Military Sovereign of the Order of Malta. The square conceals the most famous keyhole in Rome, which will give you an exciting view of the dome of St. Peter’s.

From here, you will descend towards the Colosseum where you will see the home of the protagonist, the journalist Jep Gambardella, from the outside.

The last stop on the tour will be the Spada Gallery, where you can admire the “trompe-l’oeil” of Borromini’s false perspective. The palace was bought in 1632 by Cardinal Bernardino Spada, who commissioned Francesco Borromini to modify it according to new tastes.
Borromini created the trompe-l’oeil masterpiece of the false perspective in the entrance hall to the courtyard, in which the sequence of columns of decreasing height and the floor that rises generate the optical illusion of a gallery 37 meters long while in it is actually only 8 meters long. In ancient times, a fake plant motif was accentuated on the back wall which accentuated the perspective. Currently on the backdrop there is a cast of a Roman warrior statuette.