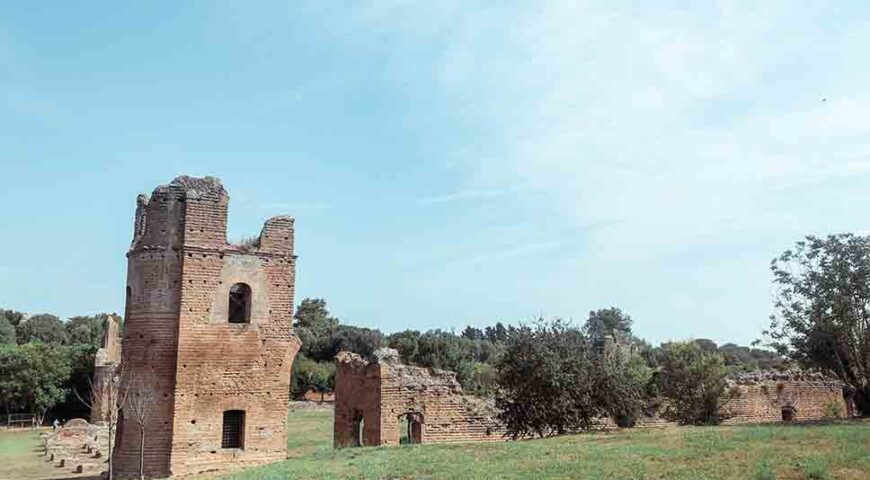 Certainly, of the many roads built by the Romans throughout the empire, the Via Appia was and is the most famous.

Built at the end of the 4th century B.C., it boasts numerous records: the first to be completely paved and named after its creator, for example; the first large open space to be ‘museumised’.

Today, the route of the ancient road is the backbone of an archaeological and natural park that, with its more than 4,500 hectares, is the largest urban park in Europe. A splendid habitat available to all, for which we owe great gratitude to Antonio Cederna: his battles with Italia Nostra from the 1950s onwards led to the establishment of the Regional Park, which was finalised in 1988.

When walking along the Appia Antica, in that romantic atmosphere almost out of time, it is hard to believe that this masterpiece of road engineering was built for military purposes.Appia Regina Viarum

The end of the 4th century BC was a crucial time for the expansion of Rome, a rising power destined to conquer much of the known world. It was the time of the Second Samnite War, a major conflict against the peoples of Samnium, an ancient region south of Rome corresponding to much of what is now Molise and north-eastern Campania. In order to facilitate the movement of troops to the theatre of war, it was decided to build a new alternative road to the existing foothills, the Via Latina, which was further inland and too exposed to enemy attacks. The project was completed in 312 BC under the censorship of Appio Claudio Cieco, from whom the road took its name.

Initially the new via publica ran for 132 miles to Capua, then extended to Benevento and finally reached Brindisi, the city whose port connected the peninsula with Greece and the eastern Mediterranean.

At least in the first eight miles, the Appian Way looked like a huge necropolis: on both sides of the road there were tombs of all kinds, from the most modest to the most monumental. Among these, the most famous and best preserved is that of Cecilia Metella, whose colossal bulk still dominates the Roman countryside. Its history sums up the changes that have taken place over time, particularly during the Middle Ages when the insecurity of the territory and the dangers of travelling led to its transformation into a fortress.

But there were also large spaces for the living. In the imperial age, numerous suburban villas sprang up in the countryside along the Appian Way, vast estates used by rich senatorial families both for agricultural purposes and as residences where they spent their otia.

The imposing ruins of the buildings that made up the complex that belonged to the Quintili family give us an evocative image of the opulent life that was led in these villas, reflected also in the opulence of the decoration of the rooms brought to light by the excavations of recent decades.

Architectural grandeur and luxury also characterise the complex built by Emperor Maxentius: it extended between the second and third mile of the road, near the tomb of Cecilia Metella, and included a palace, a circus and a mausoleum, the latter erected to house the remains of a child who died too soon.

The remains of this ensemble are now part of one of the most evocative archaeological areas in the Roman countryside.