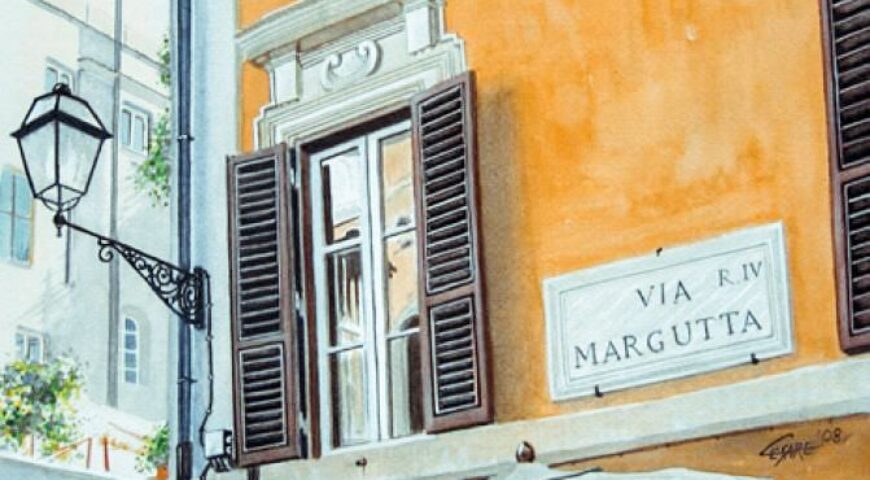 “Noble simplicity and quiet grandeur” is how the great art historian Johann Joachim Winkelmann (1717-1768) described this small street in the centre of Rome.

The origin of the street’s name has many hypotheses. Probably from the Marguti family or from Margutte, a rather dull and rough barber who centuries ago must have opened his shop here, or from dirty, filthy, since the street had no sewage system and was crossed by a trickle of not exactly clear and clean water coming from the Pincio, ironically called maris gutta, hence margutta.

From the middle of the 16th century, Via Margutta was just a side street where stables, barns and artisan workshops were probably common, serving the back of the increasingly important buildings facing onto Via del Babuino, the street that leads from Piazza del Popolo, the northern entrance to Rome, to the square where the Palazzo di Spagna stands, the embassy of the new world power for several decades.

According to some sources, the street tradition of artists dates back to the Middle Ages, when a craftsman opened a shop there to make portraits, fountains and railings. It is probably its interesting position in an area that has been continuously expanding since the 16th century, but also its being a little defiladed and therefore economically depressed, compared to the neighbouring streets and squares, that make via Margutta the favourite place where artists’ studios proliferate over time. 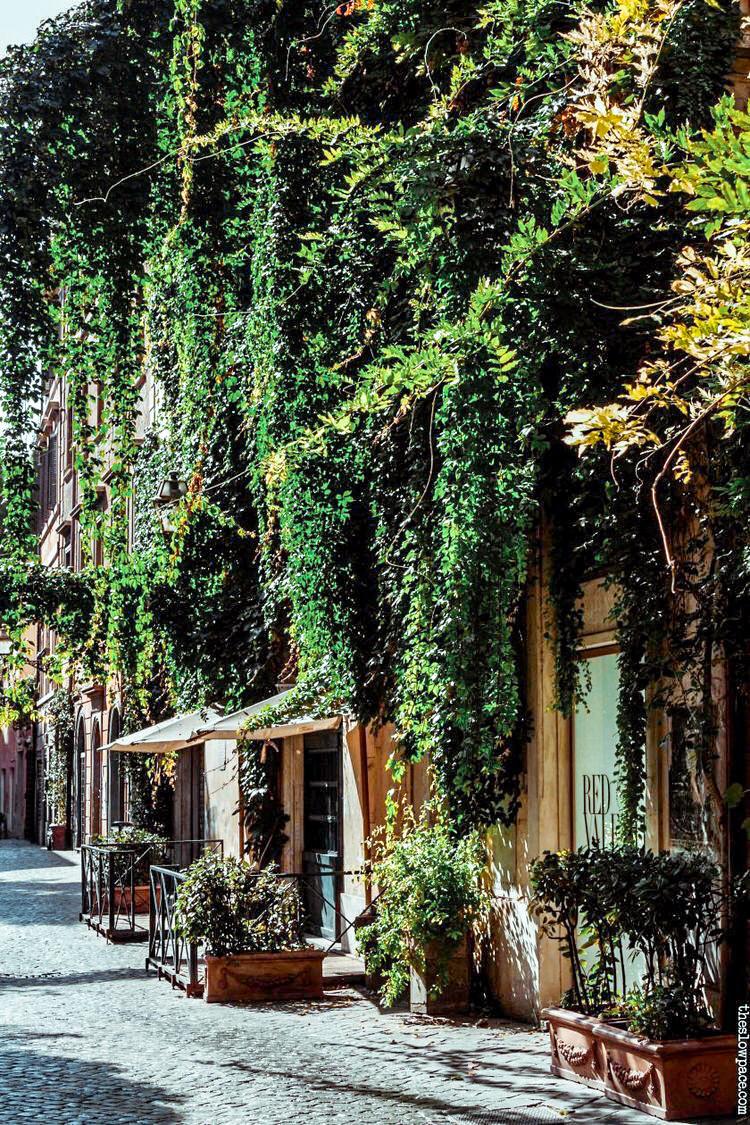 Perhaps it was at number 33 that Orazio Gentileschi, one of the most famous of the so-called ‘Caravaggesque’ artists, had his ‘workshop’, but the street was also frequented by many foreign artists, especially Flemish ones such as Paul Brill and especially Peter Van Laer, the Bamboccio, from whom the current of the ‘Bamboccianti’ took force. They were rather ‘caciaroni’ and party artists who appreciated the pleasures of life and especially wine.

During the centuries of the Grand Tour, the whole area was enlivened by foreigners and artists, so much so that at number 53b there was the British Academy founded by Sir Thomas Lawrence, and on the small Via della Fontanella, just on the corner with ours, another Englishman, John Gibson, a pupil of Canova, had his studio.

In the meantime, the prestigious Academy of France had moved to the Villa Medici and many artists frequented the area. Certainly the taverns in the area must have been very lively and full of regulars who spoke every language of Europe in those centuries.

Finally, in the course of the 19th century, Monsignor De Merode, a Belgian by origin but very well established in the Rome of Pius IX, sniffed out a good business here: he bought a large property on the Pincio side, dismantled the vegetable gardens, carried out a proper building plan with drainage system reclamation and the malodorous alley acquired new dignity.

This was the start of the institutionalisation of the street as a destination for artists.  Palazzo Patrizi was built, which from 1887 to 1960 was the headquarters of the International Artistic Association and which hosted numerous artists from all over the world in the so-called Studi Patrizi, as well as the Teatro Margutta, which opened here in 1929 and is no longer in operation.

At number 97 there is a bust with a plaque in memory of the painter Giordano Bruno Ferrari, who was shot in Bravetta in May 1944, a patriot whose destiny was already marked by his name.

Via Margutta was an almost obligatory point of passage for the great artists of the 20th century who passed through Rome, and not only painters like Picasso or Guttuso or Novella Parigini, who had her own studio in Palazzo Patrizi, but also musicians of the calibre of Wagner, Liszt, Puccini and Mascagni. 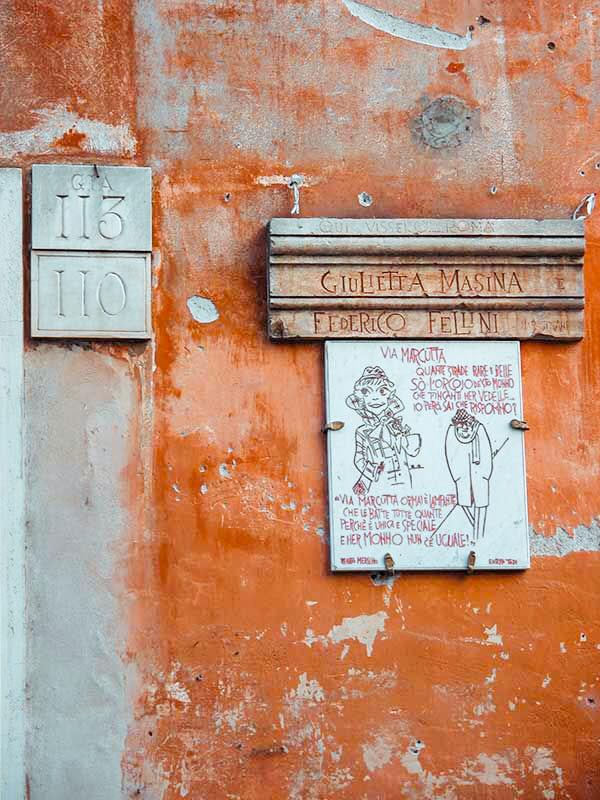 Then it was the turn of the cinema to magnify the fame of this little street: in the film Vacanze Romane at number 51 Audrey Hepburn was housed in the building where Gregory Peck lived, but then the protagonists of La Dolce Vita such as Federico Fellini and Giulietta Masina and finally Anna Magnani remain linked to this corner of Rome.

The arts, all the arts, have taken root here, like the creepers that still cover parts of it and like, symbolically, the fountain by sculptor Pietro Lombardi near number 53 crystallises its history in travertine.